Last week, the Supreme Court resolved an important question about the Fair Housing Act (“FHA”): can plaintiffs bring a disparate impact action under the Act? The Court’s ruling in (Texas Department of Housing and Community Affairs v. Inclusive Communities Project, Inc., 576 U.S. __ (2015)), a case appealed from the Fifth Circuit, does not break new ground but affirms a long line of appellate opinions holding that both disparate treatment and disparate impact actions can be brought under the Fair Housing Act.

In conversations about discrimination and civil rights, there is often difficulty determining where disparate impact and disparate treatment diverge. Though similar in structure, the legal rift between the two types of claims is wide. A disparate treatment claim arises when a party can show that there was discriminatory intent or motive (e.g., Jim Crow laws creating separate facilities on the basis of race). A disparate impact claim, in contrast, arises when policies have a disproportionally negative effect on minorities even if there is no intent to cause the negative effect (e.g., an entrance test that inadvertently uses culturally insensitive questions, affecting performance rates). (Tex. Dept. of Hous. & Cmty. Affairs, 576 U.S. __, at *1).

The facts behind the case reflect this distinction in the context of low income housing tax credits, or Section 8 housing. In Texas, the Texas Department of Housing and Community Affairs (“TDHCA”) is responsible for issuing such tax credits and determining the locations of low-income housing. The Inclusive Communities Project (“ICP”), a non-profit organization focused on racial parity in Texas, took issue with what it saw to be a trend: more Section 8 housing being provided in low-income, minority neighborhoods than in higher-income, predominantly white areas.

In March 2008, the ICP brought a disparate impact claim under the FHA against the TDHCA, basing its case on the following statistic: “from 1999-2008, TDHCA approved tax credits for 49.7% of proposed non-elderly units in 0% to 9.9% Caucasian areas, but only approved 37.4% of proposed non-elderly units in 90% to 100% Caucasian areas.” (Inclusive Communities Proj., Inc. v. Tex. Dept. of Hous. & Cmty. Affairs, 749 F. Supp. 2d 486, 499 (N.D. Tex. 2010)). Both the District Court and Fifth Circuit took for granted that disparate impact claims were allowed under the FHA, even though the Supreme Court had not yet ruled on the question.

To finally resolve this issue, the Supreme Court agreed to take on this case in October 2014. The Court limited its focus to the narrow question of whether disparate impact actions could be brought under the FHA, refusing to discuss the standards and burdens of proof that apply. The Court ultimately ruled affirmatively, finding that disparate impact claims are allowed under the FHA.

Here are the key points from the Opinion to put the Court’s analysis and its significance in the Ninth Circuit in perspective:

The Court may not have broken new ground in its ruling, but it strongly reaffirmed the continued force of disparate impact claims “in moving the Nation toward a more integrated society.” (Id. at *24). 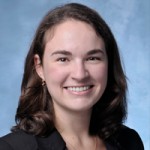 Julia is an attorney at Lane Powell PC, specializing in construction and environmental law. If you have any questions, feel free to reach out to her at abelevj@lanepowell.com.