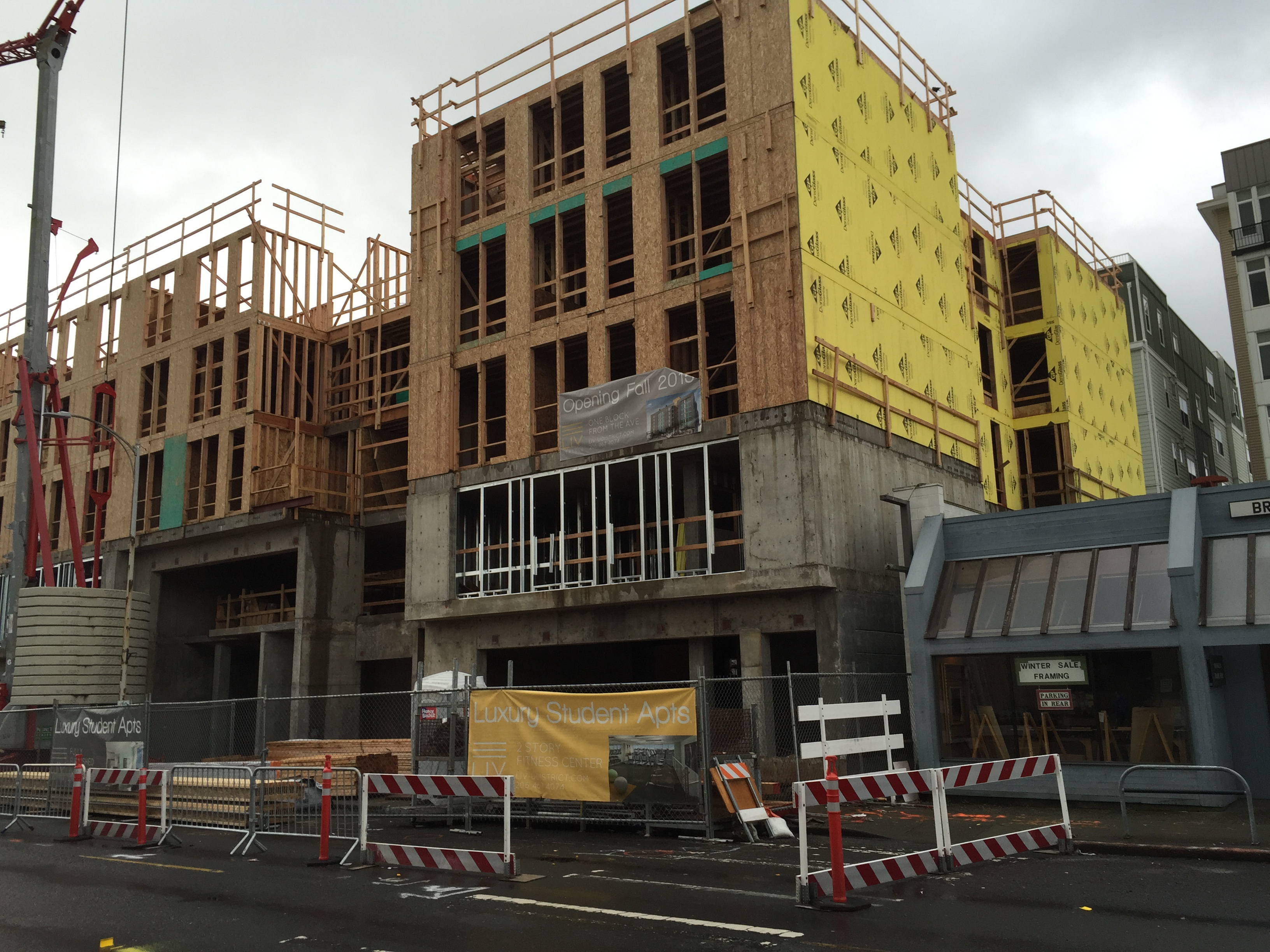 New again and again: Over at ATL Urbanist, Darin writes about how places have changed over time and keep changing repeatedly.

Always open: The Seattle Department of Transportation is looking at a rule change for construction. If approved, projects would then be required to keep sidewalks open in almost all cases.

Corporate politics: A top developer tried to “shakedown” Jon Grant, a candidate for Seattle City Council, in order to get an appeal against the Civic Center project withdrawn.

Troubling restructure: The King County Council is considering a restructure of bus service around light rail, but the changes are troubling even to the strongest supporters of frequent, legible transit. Zach Shaner offers one idea on how the proposal could be improved for a revised Route 43.

A holy right: A church in D.C. says that free on-street parking is a God-given right, and it’s challenging the proposed implementation of bike lanes to make their point.

About time: The Broadway Bikeway’s first phase has now been completed with an extension to Denny.

Road carnage isn’t equal: New data is out on road deaths in the United States; Washington State has the sixth fewest in the nation.

Transformative TOD: An aerial journey over time to depict where Los Angeles is losing parking lots to transit-oriented development.

Contradictory policies?: How American housing policy is a duality of “us” and “them” to both create wealth while making housing affordable and accessible to all.

Lawyering up: After ballooning costs and delays on the SR-99 tunnel project, WSDOT sues its contractor.

The South returns: A regional police department in Charlotte, North Carolina is proposing “public safety zones” to combat crime, but the policy has an inherent segregation bent to it.

Building the future: A new 6-story dormitory for 120 students will be built near Everett Community College.

Riding high: Behold the elevator of the future. Star Trekkie much?

Connecting: Legos are the perfect way to display planning concepts and engage with people.

To helmet or not: The Guardian asks if bike helmets should be compulsory; Seattle takes centerstage in the article.

All clouds: Seattle now aptly has a glass cloud sculpture thanks to Amazon, and it changes blue hues fluidly.

Going nowhere: Political brinksmanship could result in the closure of passenger rail throughout much of the United States thanks to a failure to implement Positive Train Control on many corridors by a January 1, 2016 federally-mandated deadline.

Lit up: Daan Roosegaarde shows the amazing network of Dutch cities and ribbon development using light as seen from satellites.

Map of the Week: One maps shows a comprehensive vision for connected regional trails in the Central Puget Sound that looks curiously like a London Tube map.