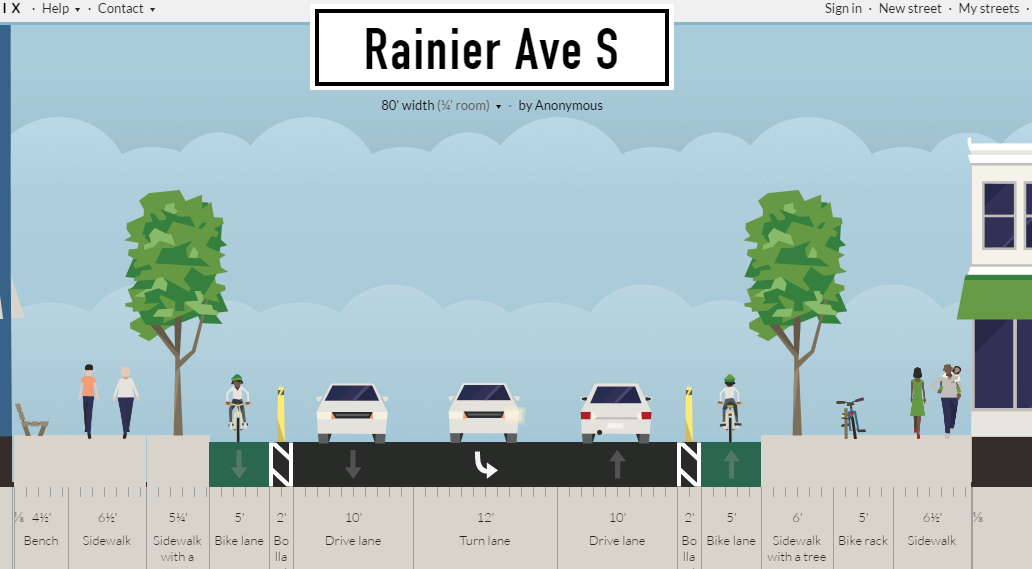 A (Road) Diet That Really Works:  Early data shows that Rainier Avenue (the city’s most deadly street) has seen 15 percent fewer collisions, 31 percent fewer injuries, and no deaths since SDOT instituted a pilot program road diet in a one mile stretch though Columbia City and Hillman City last August. Seems time to extend the pilot program to a much wider swatch of Rainier Avenue.

Registered Nudity: The Fremont Art Council is throwing the Solstice Parade on June 18th but for the first time this year it will be asking naked bike ride participants to register to reserve a spot. That is rubbing some contestants the wrong way (even worse than a bike saddle on a bare bum). The ‘bare as you dare’ parade has swollen to upwards of 1,500 participants and the Art Council is trying to figure out how to finance the event’s ballooning cost.

Of Course Seattle Is The Tortoise: Seattle Transit Blog offered an analogy that may help us stomach ST3’s lengthy timelines: The hare (Portland) may have rolled out its rail system quicker, but Seattle is doing it right and getting the better product in mostly grade separated, high frequency and high capacity network. This takes time and money; but the tortoise wins in the end, right?

Royal Ransom: Seattle’s expensive convention center expansion got even more expensive in the latest estimate. The $1.4 billion price tag went up to $1.6 billion. Who still thinks we are getting a return on investment?

Parking Ramp Shell Game: Mayor Murray wants to sell city-owned Pacific Place parking ramp for $87 million, which could be re-developed with housing and/or a hotel on top. Murray proposes use the Pacific Place profits to help pay for another parking ramp attached to the new North Precinct building. It’s the parking version of robbing Peter to pay Paul.

Police Parking Blowback: Meanwhile, some are asking why so much parking in the City plans for extravagant $160 million North Precinct police palace. Has the Seattle Police Department skirted around doing the mode shift tracking work large employers are legally obligated to do?

19 Wooden Stories: Plans are moving ahead to build a 19-story steel and timber hybrid hotel tower in Skellefteå, Sweden that would be Scandinavia’s tallest wood-framed building at 76 meters (250 feet).

The Dream of The 1890s Is Alive in Portland:  Portland wants to soup up its missing middle housing sector and is considering a proposal to decrease house sizes but permit duplexes, triplexes, and four-plexes in single family zones. Could they succeed where Seattle failed?