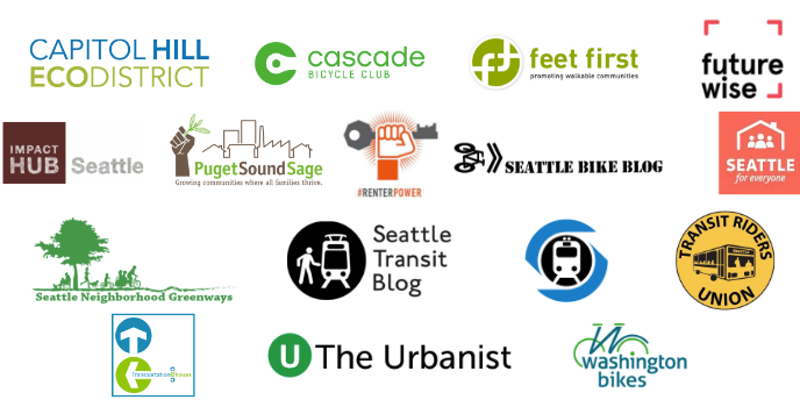 The Urbanist is a proud cosponsor of a candidate forum tonight called Growing Seattle. The forum’s theme is transportation and housing policy and will include the major contenders in two races: Seattle Mayor and City Council Position 8, an open at-large seat. Both of these races are wide open and each offer a huge opportunity to install an urbanist who’s a stalwart multimodal advocate at the top of City government.

Tickets to attend the event at Impact Hub are sold out, but it will be streamed live online and the lead sponsor, Seattle Neighborhood Greenways is facilitating watch parties across the city (see below). Moreover, Twitter users can use the hashtag #GrowingSeattle to follow online and share reactions including from yours truly @UrbanistOrg.

The mayor forum goes first from 5.30pm to 6.45pm, and Position 8 goes second from 7pm to 8.15pm. Local journalist Erica C. Barnett, who publishes The C Is For Crank, will be moderating the event. Here are the confirmed participants in the forum: