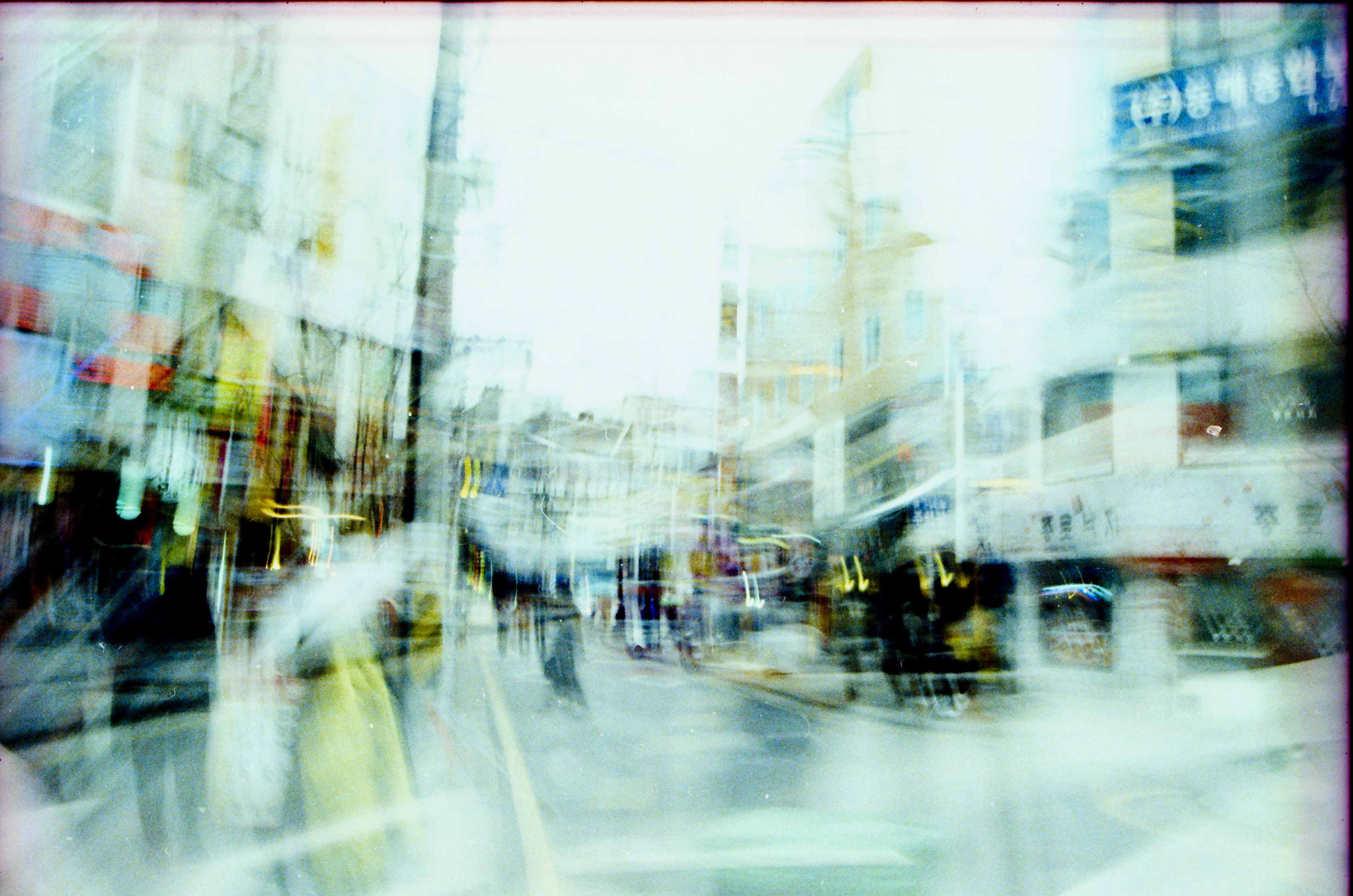 Traffic was crawling. Of course it was. From the moment the southbound express lanes close at 10:45 A.M. until the end of evening rush, I-5 south moves at a crawl. Michael Crichton once wrote that if aliens landed in Los Angeles, they’d think automobiles were the dominant life form; the cars here approach the city center slowly, as if a funerary procession, an act too reverential to speed up. We pay our respects to downtown, coming in from the outside with a sense of stately gravitas and wonder.

Which means there’s plenty of time to have a conversation. If driverless cars and predictable travel times ever really do take off, over-trafficked corridors like this one will become oddly attractive. You’ll have that much more time to fix your makeup, Skype with the relatives, get a nap in….

For now, chatting with my fellow colleague will do. An energetic and strong-willed mother of two who radiates positivity, I benefit from listening to her.

“I like your blog because you understand this,” she was saying, referring to the impermanent nature of homelessness. Basically nobody’s homeless their whole lives, after all. “Suffering as a phase.”
“I like to share another angle of looking at these you know, ‘tough subjects.’ ”
“Yeah,” she replied. “Are they really tough subjects though?”
“True…”
” ‘Cause if someone that people think is a drug addict, might just be going through a lot of pain,”
“And it’s a short term solution,”
“Or, if they’re in pain and they don’t have food,”
“And they haven’t slept, their mental ability…”
“Exactly. They’re going to look like a drug–”
“Yeah. And in those conditions can we really expect them to be on their best behavior?”
“Totally. No way,” she nodded, adding, “if they have that perfect storm of no food, no place to go, and no hope,”
“Oh I love how succinctly you phrase that. The perfect storm, those three.”
“Yeah. Can we really expect them to…”
“Be nice?”
“Behave normally??”
“Of course not, gimme a break!”

I’m so grateful for reminders like this. I need them. Being positive in the realms of contemporary urban life is a decision I have to sign up for every single day. I’ve written about how compassion is disproportionately visible on the street, that respect has so much currency out here, that love reverberates and comes back in spades. All that is true, but it doesn’t mean there’s none of the opposite. The selfish apathy of survival can be galling, and the destruction–self-inflicted or otherwise–of what were once promising lives, the ugliness of despair manifest as hate, anger, fear… these are out here too, and sometimes I get disappointed by them. It’s a duty to give love out to the world without expecting it back, but it can feel thankless.

I need the reminder, that we generally see only what we’re looking for. That the negative energy lobbed in our direction is never about us but instead a ripple of their own life problems; and that the positive energy shared, conversely, usually is about us, it being a reaction to something we’ve done. I need the reminder that we effect positive growth not sweepingly but one person at a time, through the incredible impact of a single, respectful exchange. You bring out the good in people when you make them feel human again, and loved. That’s the importance of being nice to this face. And this one, and this one and this one….

In your mirror they remember their better angels.