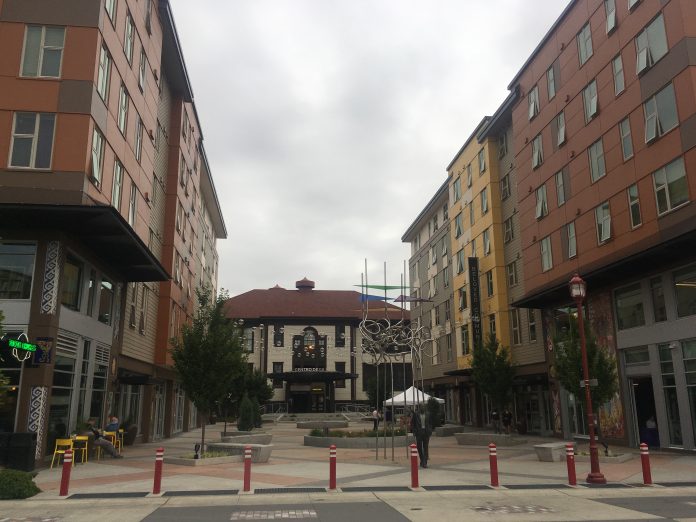 Seattle is changing and growing increasingly unaffordable for working class people. One solution is to build more public and non-profit owner affordable housing to provide options for lower income residents at risk of being displaced. Seattle has been investing in affordable housing for many years and has a lot of wonderful projects built and in the works. On August 11th you are invited to join The Urbanist and others as we learn about some these great community based affordable housing projects along the Link light rail line in South Seattle.

We will then travel via light rail one stop to explore Mt. Baker. Currently the cross roads of two of the Rainier Valleys busiest roads – Martin Luther King Way and Rainier Ave, it has a future as a dense, affordable, and transit oriented neighborhood just around the corner. Thousand of units of multifamily housing, many of which are being developed as various levels of affordability are planned as well as new open space and transportation improvements. We will learn about past and future affordable housing projects as well as some of the other changes that are in store for the station area.

Lastly we will travel to Othello Station to learn about the proposed Othello Square project. Being developed by HomeSight and a wide variety of community partners, this catalytic community project will incorporate affordable rental and ownership housing, a multi cultural community center, low income medical clinic, childcare, economic development offices, affordable commercial space, and a charter high school. It’s first phase, a charter highschool is suppose to start construction this fall with the other phases following after. It will fulfill the promise of the light rail station by bringing life and services to the busy intersection of Othello and Martin Luther King Way

We will meet at Plaza Robert Maestas (adjacent to The Station coffee house – perfect for your pre-tour food and drink needs). This tour will travel by foot and Link Light Rail. Participants are responsible for their own rail fair and for travel back from our final destination. The tour will happen rain or shine and participants should be prepared to walk approximately 1 mile. If there is interest there is an option for lunch at one of the may great restaurants near Othello Station after the end of the tour.