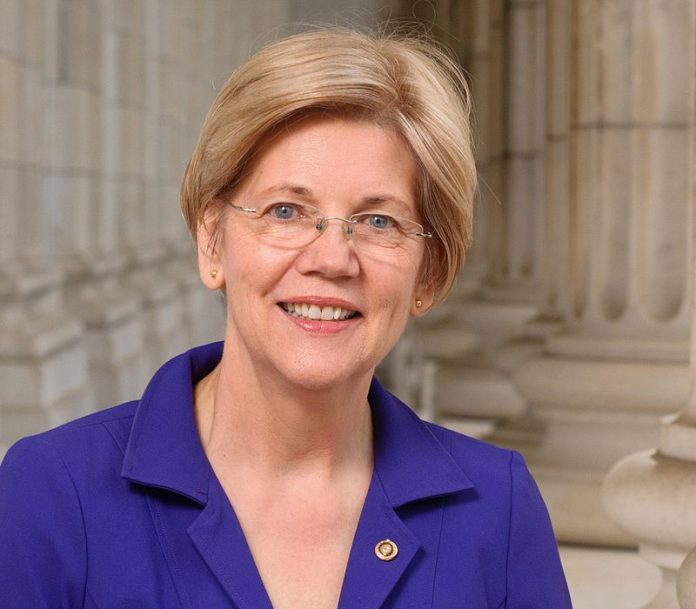 Remember how the federal government has a four trillion dollar annual budget, but somehow has only peanuts left over for low-income housing? The US government spends more subsidizing the mansions of the rich via the mortgage interest tax deduction than it spends on low-income housing.

That could all change if Senator Elizabeth Warren (D-Massachusetts) got her way. Last month, Senator Warren introduced the the American Housing and Economic Mobility Act. Over the course of a decade, the bill would invest half a trillion dollars in affordable housing–building as many 3.2 million homes for low- and middle-income Americans.

Part of the novelty of Warren’s approach is that the conditions on its sizable grants would create an incentive to reform local zoning and land use regulations so that affordable apartments are easier to build under the law.

“An eligible entity desiring a grant under this section shall submit to the Secretary an application that demonstrates that the eligible entity has carried out, or is in the process of carrying out, initiatives that facilitate the expansion of the supply of well-located affordable housing,” the bill states. It goes on to state that favored urbanist policies like by-right development, reducing or eliminating parking requirements, instituting density bonuses, permitting accessory dwelling units, and introducing inclusionary zoning are ways to meet that condition.

The sad truth is apartments are simply illegal across much of the country, even in urbanized areas. Even with much greater resources, affordable housing providers are going to need suitable sites to build at a reasonable scale. That’s why it’s smart for a housing bill to tackle both problems.

With the housing affordability and homelessness crisis in full swing, lawmakers across the country are zeroing in on this issue, both at the federal and state level. Last week, I covered a minimum density bill by State Senator Guy Palumbo (D-Maltby) that would push local jurisdictions to zone for transit-oriented development.

Philip Tegeler, the executive director of the Poverty and Race Research Action Council, had nothing but praise in an interview with Rachel M. Cohen of The Intercept.

“Much of the housing discussion has been about affordability, production, and tenant protections, which are all really important issues,” Tegeler said. “What’s so powerful about Warren’s bill is that it aims to tackle all those things, and it also looks at how are we going to structure our society going forward. Fair housing is really embedded in the legislation, and that’s why I find it so creative.”

Warren isn’t the only Democratic Senator with a major housing bill. Two other 2020 presidential hopefuls in Corey Booker (New Jersey) and Kamala Harris (California) introduced housing bills of their own. Next to Warren’s both seem modest, but they’d both be improvements in their own right.

Senator Harris was the first to bring forward a bill, the Rent Relief Act, which created a refundable tax credit for rent-burden renters. Senator Booker also centered his bill, the HOME (Housing, Opportunity, Mobility, and Equity) Act, on refundable tax credits, but–like Warren–he sought to create a linkage to ending exclusionary zoning to unlock the credits.

“Maybe more than any other politician, Elizabeth Warren helped set the tone and agenda for the party’s economic work around the country,” Kraemer said. “To see her saying now that these historic inequities in housing and soaring rents and mortgages are huge problems — well, that’s a big, big deal.”

And with Republican lawmakers all but admitting they don’t really care about the national debt with passage of massive deficit-expanding tax cuts for the wealthiest households and corporations, now is the time to make sound investments in what really matters to the future of this country. Getting housing right is one of those essential policies.

Contact your US Senators to urge them to take action on furthering housing justice, ending the apartment ban, and alleviating the affordability crisis. Tell them to back Senator Warren’s bill.