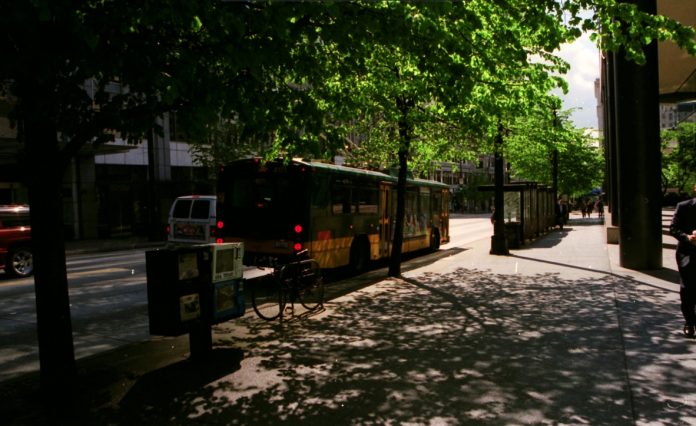 ​Seattle is many things to many people. You carve out a niche, and it becomes your understanding of the place, your very own personal city. All the other ways Seattle can be, ways the city is, recede from view. You get to take part in giving it a name.

For me, Seattle is very friendly. It’s always been mostly ethnic: Asian and east Indian in my childhood, spent largely in Redmond during the days before Microsoft.

Do you remember Redmond then? Tall grass, bramble bushes, a bus once an hour, older immigrant couples taking walks after sunset, hands clasped behind their backs, the neighborhoods where you could meander down the middle of the street. It would become one of the tech centers of the world. That wasn’t us. When we were there, we fed sheep and horses.

I don’t usually bother telling people under fifty about the portion of my childhood that took place in Redmond. Because when you say Redmond, they think Silicon Valley meets the Hamptons. And that’s got nothing to do with you. They don’t think of cheap and quiet land, where a plumber could support his whole family with money left over to feed the dog. It’s important to remember that suburbs once existed separate from affluence and status. As I’ve written before, living in the ‘burbs didn’t used to mean anything. It was just a place to live. In the ’60s, a waitress’ salary could fully support you, a single mother raising your child, like Mildred Pierce does before things go up and over. Tall grass and trees and a library, the perfect counter to riot-ridden south LA. That was our Redmond.

With the thought of those contrasting origin spaces, you can understand where I’m coming from with my Seattle. It’s a mix of the two.

My Seattle is generally black, American or African, with a healthy smattering of east Asian and Latino backgrounds. The respect carried in smiles and nods are the common language here, a predominantly working-class town, earthy. Vocal, sometimes too much, but who’s counting; the white folks are artists, filmmakers, writers, servicemen and women, thinkers rich and poor, always generous in their outlook; everyone stimulating to be around, with overlap for days.

What a fine bunch.

Yes, mental health, drugs and desperation bubble in the periphery. Either those or the problem of influx, new money, the downturn of politics and education. There are conversations. But mostly, we shake hands with our words and eyes, accepting, vibrant, living in the place where we have things in common.

Part of this island of identity we build has to do with geography in the literal sense. I once did a photo project in art school focused on Rainier Beach, only to discover nearly all my colleagues had no idea where that was. On another occasion, a friend told me how white she found Seattle, and I asked her which neighborhoods she spent most of her time in. When she answered by saying “Queen Anne and West Seattle,” it was hard not to chuckle. For a lot of young people, Seattle just means Capitol Hill, the U District, and Belltown. That’s fine. That’s their Seattle. But mine’s bigger.

We know South Seattle is larger than its northern counterpart, but I think we forget by exactly how many orders of magnitude. Take another peek at the map. Look at the size of those southern tracts. Seattle also means Columbia City, Brighton, Hillman City, the Beach, the Valley at large, Beacon Hill, the International District, South Park, White Center, Skyway, Boulevard Park, Ambaum and beyond, the veins of the city pointing outward from its jagged southern limits. Let’s not even get into the inarguable vastness that is South King County, or “South End,” as they say on the street (“South Side” referring to within the city proper).

Aside from geography though, there’s simply who you choose to associate with. Nevermind which neck of the woods you’re in. To your neighbor, Seattle might be a collective of twenty-something bearded developers in plastic-frame glasses who love talking about microbrews. To you, it’s lively discussions in your native tongue about grandchildren and cooking and politics back home.

I know my Seattle is small. I know it’s a minority view, and probably sounds ridiculous. A warm, welcoming, earthy, vibrant, friendly Seattle? What?

But everyone’s version of the city is authentic, because their experiences are valid. For myself, I continue to be surprised by just how sizable my lil’ Seattle is. By how many of you wonderful blog readers there are. How hundreds (hundreds! Plural!) of you came out to my recent book launch. Who are excited about the attitude and perspective the book and blog embody.

How many thousands of smiling faces I see, night after night and years in and out, nameless or otherwise. Faces that respond to kindness, to me, the little boy still acting like he lives on the end of a small-town neighbourhood block.