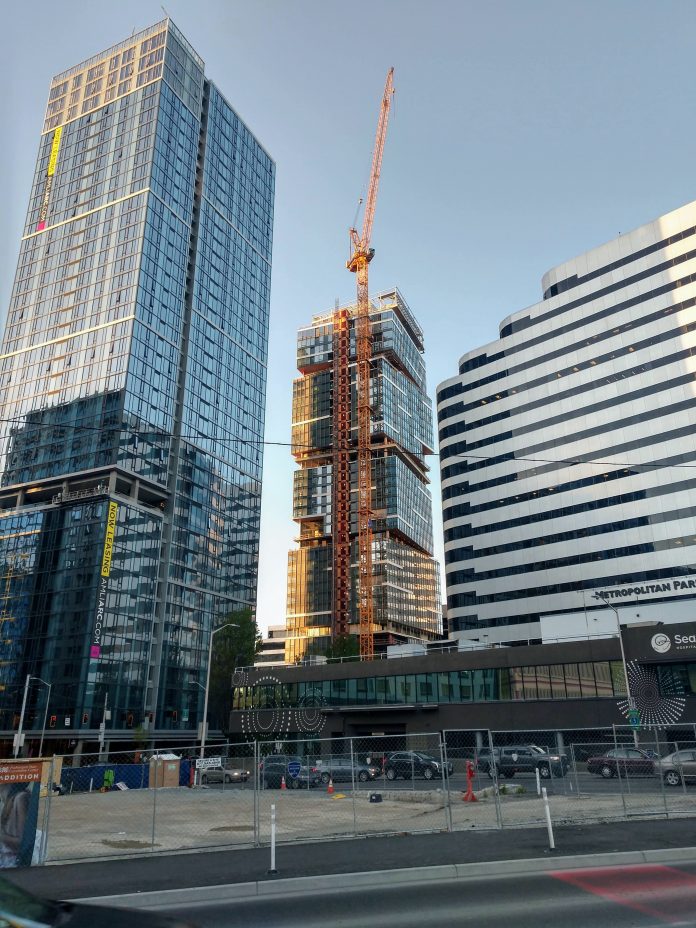 Why not use the revenue to build affordable housing?

The Washington State Legislature was busy as it sprinted toward the end of the 2019 session. One big change to tax policy to come out of that mad dash was the augmented and graduated real estate excise tax (REET), most of which was funneled in the general fund.

Rejiggering the REET will raise $243.5 million over two years. Unfortunately that money was not directly invested back into affordable housing creation, which arguably is where the nexus and the need is. Raising the REET to fund affordable housing was a Seattle Housing Affordability and Livability Agenda (HALA) high-impact recommendation. Alas, that’s not what happened here. At least not directly–the legislature did increase funding for the state’s Housing Trust Fund to $175 million in a separate bill. That was a significant increase over the 2018 award of $106.7 million.

State Sen. Guy Palumbo (D-Maltby) highlighted some other wins in a recent op-ed, some of which were in the form of granting local jurisdictions the right to tax themselves to fund affordable housing. REET is part of that trend.

The addition of affordable housing to acceptable uses of local REET dollars is a big win. Previously it had only worked for other forms of infrastructure capital investments. The state REET had been set at a flat rate of 1.28%. Local jurisdictions were allowed to add to that up to a cap of 1.85% in total. The REET in Seattle had been 1.78% including the local addition of 0.5%.

The REET affects most categories of real estate transactions, although qualifying low-income housing is exempt, and agricultural and timber land transactions will stay at the old rate. Officially, the tax is paid by the seller of the property, although occasionally the seller tries to separate out the tax in the property sale agreement.

Perhaps the hope is that this sleight of hand will shift the effective incidence of the tax to the buyer. In other words, they want the buyer to cover the tax, paying more than they would have if the tax didn’t exist. More likely the tax incidence will remain primarily with the seller since land supply is considered especially (if not perfectly) inelastic and economic theory suggests the party that is more inelastic will bear the cost.

In a press release, bill sponsor Sen. Joe Nguyen (D-White Center) framed the bill as a tax cut for the majority of Washingtontians.

“You’ve heard it a million times before: Washington state’s tax code is completely upside down, favoring those at the top end while punishing those struggling to get by,” Sen. Nguyen said. “With this legislation, we are taking a major step toward fixing our broken tax code. The simple truth is that no one selling a property for $3 million is struggling to make ends meet.”

Apparently people selling a property for $1.5 million are struggling enough to warrant a tax break. “Anyone who sells a house for less than $1.5 million would receive a tax cut on that sale,” the press release states.

How Does This Effect Renters?

As homeowners get a tax break, the other sticky part of the REET is whether it is passed on to renters. If it is, a graduated REET would exacerbate this, letting homeowners off the hook and actually furthering their home as an investment vehicle. If sellers mostly pay the excise tax as economic theory suggests, most of tax would come out of the land value (and previous use value).

However, if the developer is building for resale, then the developer would pay the tax when the seller the completed development by the same logic. And they likely have greatly increased the property’s value by building a larger building so the tax would be a much bigger hit. They could try to raise rents to cover the extra costs, but most large landlords are already setting rates at the highest rate the market will bear.

Would the difference between 1.78% and 3.5% mean much to the developer? Probably not if their profit margins are healthy. But if it is enough to alter development decisions, it would likely be a slight nudge toward developers who keep their properties versus those that immediately resell them. Some might prefer those kind of developers anyway.

If the net effect is less development than otherwise, it’s conceivable that market-rate rents would rise a bit faster than otherwise. That’s why it’d be nice if the money was being spent mostly on creating more housing. Then it’d be hard to make this supply and demand argument, because revenues would go toward increasing supply and targeting it at the population segments that most need the help.

As mentioned, the HALA committee named increasing the REET a high-impact recommendation in its 65-recommendation report. Inclusionary zoning–what became known as Mandatory Housing Affordability–was the centerpiece that ended up hogging the limelight among the recommendations for four years until it passed in March 2019. But other recommendations are slowly being set in motion as well, and could have a big impact. The REET could be among of them, if cities use their new ability to dedicate their local REETs to affordable housing. (Other recommendations include reforming accessory dwelling unit regulations, expanding the Multi-Family Tax Exemption, and increasing the State Housing Trust Fund.)

Here is the REET language in the HALA report:

R.2 Enact a Real Estate Excise Tax (REET) for Affordable Housing
Washington’s REET is an excise tax imposed any time a property is conveyed to a new owner. It is assessed on the property seller, and levied as a percentage of the sale price. King County currently collects REET at the maximum rate allowed under state law: 1.78%. The state legislature should enact legislation that would allow cities, via Council action, to impose an additional REET, so long as it is specifically dedicated for affordable housing. This additional REET capacity, which the HALA recommends be 0.25% above and beyond the existing State cap, would allow local jurisdictions to capture a portion of the appreciation of real estate prices upon the transfer of property and reinvest it in affordable housing. This increased REET would provide a relatively stable source of funding for investments in affordable housing for low-income people.

Time will tell how local jurisdictions use their new REET authority. The Washington State Legislature might also be convinced to use their portion of expanded REET revenues for affordable housing in future budgets. And they might slide the graduation scale downward so folks selling million-dollar homes don’t get a tax break and instead contribute more.