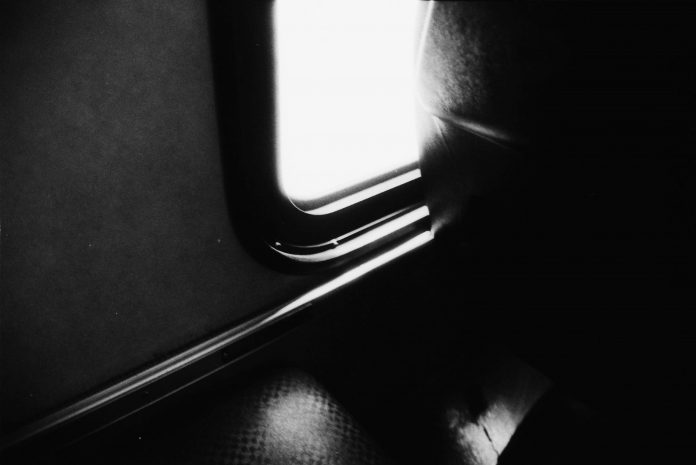 “Hey,” I exclaimed, with welcome surprise, feeling the vivacious synergy from the old 7 whose dearth on the 5 I detail here. Encountering affability in an ocean of indifference; maybe I was feeling what they often feel out in the world. If Seattle is to them what the 5 is to me, am I their 7? Their oasis? I’ve gotten spoiled driving that route. No Seattle Freeze out in the ‘hood….

He perked up too, taking a moment to switch his Big Gulp from right hand to left; a fistbump was important. He gestured to his friend, who unlike him was American and white, exclaiming, “this is my brother! From another mother! But still my brother!”
I laughed. “Cool!”

He was asking where the weed place was. I thought I’d seen him somewhere. Finally he blurted out, “I remember you from before.” Befow.
“I thought I recognized your face, yeah! Where, the 7 the 49?”
“Ah was in Rainer Beach trying to get a ride, and I didn’t have no goddamn money but you said, ‘GET IN!’ Ah always remembered that, this’ the cool bus driver!”

I have every confidence I really did give him a free ride, but did I really yell ‘get in?’ Doesn’t sound like me. Ah, memory. That must be how he remembered it, though, massaging this and that truth toward the essentials of the moment– the fact that I welcomed him onboard with enthusiasm. We highlight the things in our minds that resonate most. I’m sure I do the same, even if I make every effort to be accurate with spoken dialogue. Leaning toward the goodness.

Of which he had an optimism that was contagious. In his drunken state–definitely something besides Fanta in that Big Gulp–he hardly knew what to do with it.

“Hey,” he brayed. “You know what? I kick it with white people.”
“Oh yeah?”
“Hell yeah. You know why?”
“How come?”
“White people are cool!”
I grinned, but hesitated to agree outright. The news these days has got me wondering otherwise… but more seriously, any comment about behavioral patterns across entire cultural groups leaves a sour taste in my mouth, even if it’s positive. You know, like your Aunt Martha blurting out about how good Asian people are at math (which, by the way, I’m living proof is false…).

In my years driving buses I’ve observed more than a few behaviors that this or that class group, culture or income level disproportionately engage in. But don’t you feel less like your best self with such thoughts? And don’t you love being proven wrong on those assumptions, reminded that although individuals may be hampered by circumstance, they are not bound by their background?

But I’m getting way too deep in here. I think he was just trying to express that he liked people of all cultures. Such as me. Like I do. That he evaluated people on an individual level, and his inclusive perspective contained a certain invigorating high, one I know well. It feels so deeply good, and right, to leapfrog past prejudice, into that heady and intoxicating place of living the idea:

We all have a lot in common.

All of my musings were collapsed into my short reply: “Sometimes. Sometimes they’re not cool, but yeah, sometimes they are.”
And in his rejoinder, whose enthusiasm I in retrospect now prefer, lived the exhilarating fullness of the leapfrogging I mention above. “Naw bro, they hella cool!”

Though they sat halfway down the bus, I could still hear the two of them, and was glad for it. Theirs was a positive bluster made amusing by the casual profanity of our friend, which was so pervasively offhand that the familiar monosyllabic words clearly had no meaning, and angled the sentences instead with a rhythm, an emphasis, a further articulation of his ebullient enthusiasm.

“I like how he’s calling out the stops,” the Brother From Another Mother commented.
“It’s the shit,” our friend replied. “We in the city. He the coolest. More than Bellevue. If you in Bellevue they definitely ain’t gonna tell you where the fuck you at. Those motherfuckers very quiet.”

His swear words had no added emphasis, and were spoken in the amiable tone of a restaurant menu, the casual enthusiasm of the daily special.

This guy likes Renton. Now that’s what I call positive…

“Thank you boss,” he said when it was time, as they came forward to exit. “This is my guy. My brother.” A sheepish young man with curly hair.
“From another mother,” I added.
“You know it. He’s good guy.”

Vouching is always a positive act.  It’s proof positive of your friend’s worth, but also yours too, your value as a curator of life. He was relishing that benevolent authority, and continued: “You know what? I left my job to help him. I came back. He cool. He leaving though.”
“You’re leaving?”
“Yeah,” replied the quieter fellow. “I’m moving next week.”
“Had enough of this place, huh?”
“Ha! I guess.”
“Well. Two thousand nineteen. Fresh beginning, new start!”

Oh, how I love seeing people light up! “Yeah,” he exclaimed, realizing how completely I was a sympathetic ear. He didn’t have to be embarrassed about his loud friend, nor of the mind that his moving details were banal to me. He knew I cared. “Two thousand nineteen,” he echoed, a quivering positivity coming to life, his voice daring to sound musical.

They walked off into the evening, the odd couple, comforted by acceptance, differences, encouragement. The guy from the 7, gesticulating happily through his long-sleeved sweatshirt jacket. Another Mother laughing in return, his teeth in a sidelong nighttime grin.

Yes. As it ever and always is, it was worthwhile that I came to work today. To move about in the rough-hewn fabric of urban life as a witness, and maybe contribute to its light a little too. Because they were smiling more now than when they got on.

​The future was uncertain, it was nigh, but they were making it their own, together.