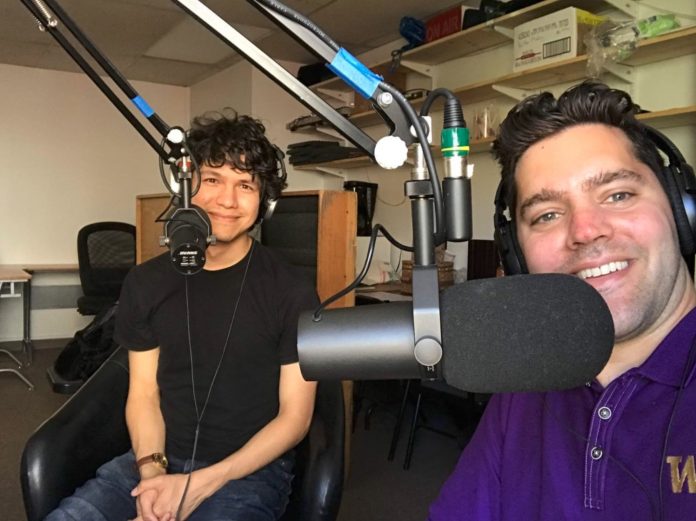 That’s University of Washington Professor Jeff Shulman on the right, whose influential podcast has been featured on The New York Times, Los Angeles Times, and USA Today. Dr. Shulman interviews various local luminaries about what Seattle’s economic and population growth means to them. He’s talked with everyone from Attorney General Rob McKenna to KC Executive Dow Constantine to musical artist Draze to Stu Tanquist, a resident in Tent City 7(!).

So that’s who Jeff Shulman is. You’ve probably heard of the guy, honestly. As for that guy on the left, I have no idea…

Here we are chatting it up. Enjoy!