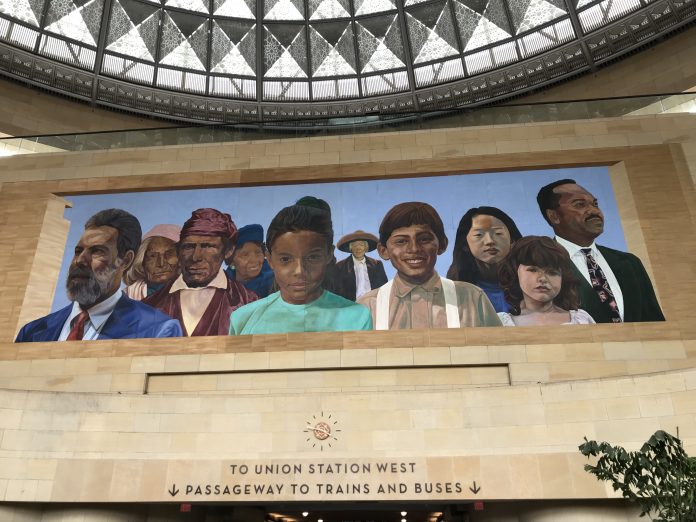 Billions to adapt: According to a Washington report, the state would need to spend $24 billion to stave off flooding related to the global climate emergency.

America’s biggest boondoggle: Streetsblog is back this year with the biggest highway boondoggles, which include unnecessary projects in Michigan, Oregon, and Texas.

Walking deaths blamed wrongly: Pedestrian fatalities are soaring America, but they are often being erroneously attributed to distracted walking.

Ritzy PDX: A new tower in Portland will house the first Ritz-Carlton Hotel in the Pacific Northwest.

Gender gap: Seattle has the widest gender gap for bicycling.

Stopping rent rises: Berlin will freeze rents in residential housing for five years after extraordinary rent increases and speculation in a housing market dominated by renters.

Advocates urge safe streets: Seattleites concerned with safe streets turned out by the hundreds last weekend to raise the voice on the issue.

Showbox unsaved: A King County Superior Court judge has tossed out Seattle’s emergency ordinance declaring the Showbox site a portion of the Pike Place Historic District, putting the regulatory future of the site in question.

Envision fourplex blocks: Sightline highlights what a street in Portland looks like nearly four decades after fourplexes were legalized.

OR legalizing missing middle: Oregon’s state house passed a bill that would legalize missing middle housing in cities across the state, but it’s final fate is still unknown.

The future of LRT: Sound Transit has provided a sneak peek at new light rail vehicles that will go into service next year ($).

Regressing: A right-wing government in Madrid may end the car-free, pollution-fighting restrictions in the city center and major roads.

Sky high: Two blocks near Amazon’s campus in Belltown are going for $175 million ($).

El Corazón highrise?: The owner of music venue El Corazón says that a highrise on the site could still accommodate the venue.

Google in for housing: Google plans to spend $1 billion on housing in the Bay Area, the bulk of it being on company property.

Venice of the North: In Surrey, British Columbia, the mayor envisions turning city roads into canals.

Party of Trump: In Oregon, Senate Republicans have fled the capital and state, some with the aide of armed right-wing domestic terrorists to avoid a vote on a climate emergency bill and one senator threatening murder of state police.

Map of the Week: Where do America’s renters want to go next?