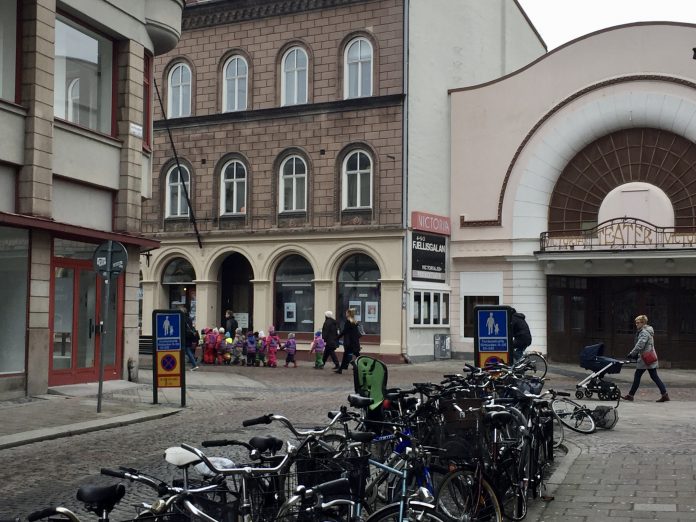 Farewell Macy’s: While the writing was on the wall, Macy’s has finally decided to close its historic Downtown Seattle location ($).

Easy “no”: Joining the chorus against the latest Tim Eyman anti-transportation initiative is the Seattle Times Editorial Board, strongly opposing it ($).

Ranking car-free America: Where are the best and worst places in America to live car-free?

New stadium digs: The Mariners are getting $30 million in luxury improvements ($) made to T-Mobile Stadium.

Uncertain outlook: The Intiman Theater could be closing up shop soon.

Germany’s for forests: Germany is making a €800 million commitment to replant and renew its waning forests.

Five fewer markets: Car2Go is pulling out of Portland next month and four other North American cities this year.

Put LRT on it: Washington and Oregon officials want to start building a new Columbia River crossing by 2025.

SeaBus delays: Vancouver’s new SeaBus vessel will not enter service until next year.

Lessons learned: CityLab explained this week why a London street the became car-free failed and lessons to avoid a repeat.

Women in architecture: An historic preservation grant program will help preserve buildings that tell the stories of women.

Wrong direction: Super-commuting is up, but there’s nothing super about that.

Teaming up for housing: Microsoft is teaming up with King County and the King County Housing Authority to provide $245 million for affordable rents for 3,000 residents ($).

Too blunt: A new federal bill would tie transit funding to housing production.

Stormy outlook: A new United Nations report suggests that storm-of-the-century storms could happen virtually every year after 2050 in coastal cities.

Rising income, rising prices: Seattle’s median household income is now $93,500 per year ($). Housing prices may be on the rise again in Seattle ($), too.

Hybrid ferries: BC Ferries will launch its first hybrid electric ferries next year.

Nothing under the cushions: The Seattle Public Schools operating budget is pretty tight and appears short of needed revenue to meet expenditures ($).

Old and new: A townhouse development in Vancouver is helping to subsidize preservation of a historic landmark.

Thanks, Delta: The Amtrak dining car looks headed for the history books ($).