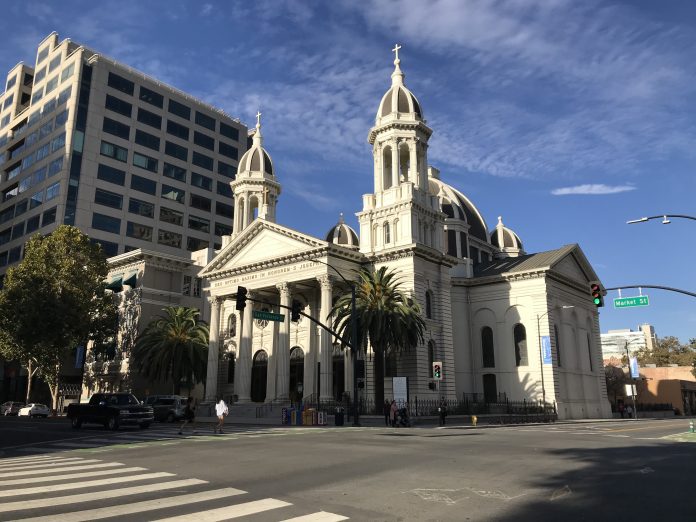 Upgrading the flagship: Uwajimaya plans to make a major update ($) to its flagship store in Seattle.

Planning congestion: Massachusetts plans to convert a high occupancy vehicle lane to a general purpose lane, which has advocates fighting the move.

Blocked again, for now: A federal judge has blocked a racially-motivated change to immigration laws for use of public service.

Hospitals for housing: Why are hospitals getting into the housing business? ($)

No jail: Advocates are pressuring the Tacoma City Council to revoke the business license of a private detention center that is mistreating immigrants on behalf of the federal administration.

Housing market fluxes: Sales of pricey homes are slowing in Seattle, but some submarkets are hot ($).

Entice them back: Why did the bus become so bad in America and what can cities do to bring riders back?

Planning America: What cities in America are most popular for urban planners?

Focus on cars: The federal government says colorful crosswalks could be unsafe ($), but cities disagree.

Market Street renaissance: A $604 million remake of Market Street in San Francisco is nearing completion and it will come with no cars and safer biking facilities.

Bus lane bonanza: Portland has gotten the green light from the federal government to move forward with its ambitious plan for bus lanes.

Restoring history: The University of Washington is seeking $13 million to renovate its landmarked boat shell house.

Pigovian prospects: In Portland, a new taskforce will look at how to make people driving pay the true cost of using the road.

Copter nonsense: The Uber helicopter idea is a bad one.

Bringing the action: Because Oregon failed to enact a carbon fee, environmental advocates are seeking to pass climate initiatives.

Tunnel saga: The court battles over who is at fault for the failed tunnel boring effort and cost overruns of SR-99 are getting heated ($).

Accessible subway plan: A $5.5 billion plan is moving ahead to fund more accessibility ($) for the New York City Subway.

Fate of IZ: Could the United States Supreme Court strike down inclusionary zoning?

Controversial plan: New York City is planning to close Rikers Island, the city’s chief jail, and disperse its functions to new jails across the five boroughs.

Climate action leadership: In 30 major cities around the world, carbon emissions are dropping.

Map of the Week: The New York Times has a very detailed map of automobile emissions ($) across America.