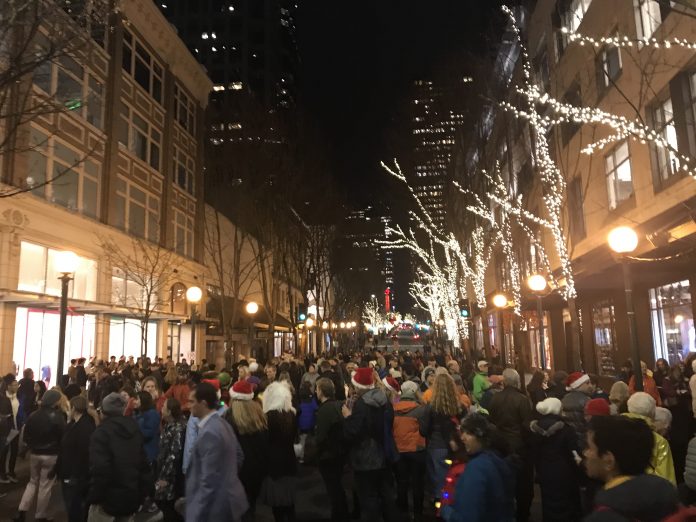 Nextgen: New York City has a new generation of trash and recycling bins.

Housing Toronto: Toronto has a plan for 40,000 affordable homes.

TOD Boston: In Boston, there’s capacity for over 250,000 homes near existing transit.

Equitable investment: Philadelphia looks to get needed investment in neighborhoods without the pitfalls of gentrification.

14th Street: New York City’s new bus zone is having profound results and the city’s mayor is finally getting onboard with it.

Elitist regulation: Bangkok planners continue to try to stomp out street food vendors ($) in order to “cleanup the city”.

Hyperloop distractions: A Chicago-to-Cleveland hyperloop could cost $30 billion according to a new report, but there are ample reasons to be skeptical of it.

VA all in: Virginia wants to make major Amtrak and commuter rail expansions in the state and inked a big deal with CSX, a private mainline railroad company.

Housing VA: With a Democratic majority in Virginia, party leaders are trying to overhaul housing laws to allow more density.

ACA saga: The Affordable Care Act’s individual mandate has been ruled unconstitutional in a federal appeals court, which could unravel the whole healthcare insurance program ($).

Repurposing bandwidth: The Federal Communications Commission has opted to limit wifi bandwidths dedicated to transportation and open it up to other uses.

Next stop: Take a preview of the new Roosevelt light rail station ($).

Kitsilano highrises: In Vancouver, the Squamish First Nation has given approval for an 11-tower, 6,000-unit development on their historic Kitsilano lands.

Take note WSDOT: Oregon’s transportation commission has delayed a vote on I-5 expansion in Portland after the governor stepped in and community demanded no expansion.

Noisy neighbor: Burien residents have been inundated by airport noise, which led them to sue and win ($).

Compassionate justice: The Supreme Court of the United States lets stand a lower court decision that allows people experiencing homelessness to sleep on public streets if no other shelter is available.

New aquarium: The Seattle Aquarium is planning $113 million in upgrades and expansion ($).

Fare-free MIA: Miami could become the next big American city to go fare-free for transit.