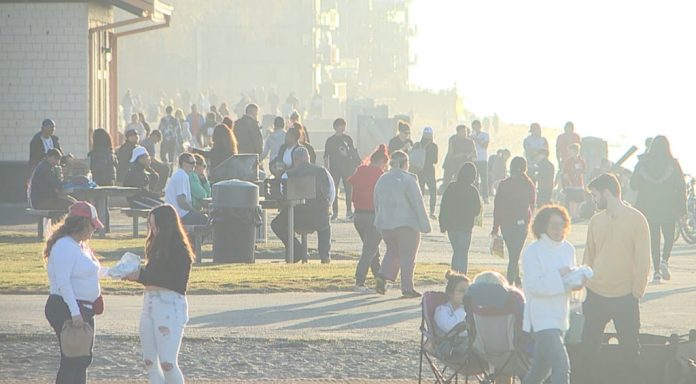 I like people. I really do. As a child I liked animals, like all children, but when I eventually discovered people I knew I could never go back. The wildly imperfect, endlessly incomprehensible human beast, all of them searching in the dark for their version of love, of quality, each of us echoes of each other, something familiar in the glint of every person’s eye.

It is in that light that I offer these words on our Governor’s office. I’m not interested in calling people out, judging them for transgressions real or imagined, or pretending to have the answers. Other folks do all that enough—too much, I’d say. I feel closer to myself when I simply appreciate others; observing and reflecting, trying to learn something about this mysterious life we’ve been thrown into.

I recognize and respect the impetus behind the Inslee office’s current resistance to a shelter-in-place order. As he has stated, he’d like to avoid the economic impact if alternate methods prove such a drastic choice unnecessary.

I recognize this perspective, but I do not agree with it.

COVID-19, like every uncontained virus that has ever existed, infects populations at an exponential rate. One person is infected, who then infects another; those two each infect multiple others and so on. You understand. It’s how you get from 444 cases in Hubei Province on January 23rd to 4,903 a week following (1/30)… to a remarkable 22,112 seven days after that (2/6). The same can be observed in Italy, where by now we all know that due to a blasé government response, cases skyrocketed from 888 to 4,936 in 7 days (2/29 to 3/6). Closer to home, it’s also how New York registered 4,812 cases in the last 24 hours (a number which will have increased by the time you read it).

With this obvious truth easily understood, it baffles me that Washington, the American epicenter of the virus, has been among the most sluggish of U.S. states to react. To spend a week doing not much more than reminding the public to wash their hands is, at this point, morally irresponsible. Cities less compromised than ours have taken greater safety precautions. Why? Because we are at a crisis state where lives are being damaged and lost. We have arrived at, and are now beyond, the point where being overly cautious is something that might be criticized in hindsight. If Inslee is worried about that, he needn’t be. The situation is severe enough that unprecedented measures are not only appropriate but expected.

The Governor’s office’s hesitancy in taking action might be understandable from an insular view. He urges people to self-quarantine without requiring it. Fine. But there’s reality to consider, and the current reality is that people are not doing that. We saw the photos of hordes flocking to Alki over the weekend, and I witnessed firsthand the crowds flooding the Green Lake trails. There was no social distancing taking place—not there, nor in my vast workplace of the street. Not enough. In light of there being a global pandemic underway, our city of which is a major nexus point of infection, these circumstances being legal is irresponsible and unsafe. Now is not the time for half-measures.

More concretely, many people (such as yours truly) don’t have the option to self-isolate. Numerous businesses are not complying with Inslee’s request, for obvious financial reasons, and I don’t believe they will unless legally compelled to do so. Their employees might like to stay home, but currently don’t have the luxury. Not everyone in Seattle works in tech. Some of us bake pizza. Some of us pour concrete. Might keeping these employees alive be more important than making a profit? Can we pause? Can we take a second, while science figures this thing out, and perhaps realize this could be the perfect time to experiment with a mode of society besides the current and deeply flawed model? If this doesn’t make us push the reset button, what will?

I appreciate Inslee’s optimism in hoping people and businesses would comply with his request. It’s the sort of move I would make as a politician, which is why I’m not one– my glowing trust in the goodness of people has gotten me in enough trouble throughout life already, even if that trouble is vastly outweighed by delightful experiences. But this is one of those moments: we tried, we saw, and we saw what was needed next. The public’s steadfast refusal to self-quarantine forces myself and thousands of other employees around the city to continue to go to work and expose ourselves.

At this point it’s absurd to assume I don’t have the virus. I’ve been driving visibly sick passengers and others around for two weeks, and have also likely been passing the virus along to others, such as the elderly woman I assisted up the ramp this evening. I wish I could obey the self-quarantine suggestion, but my place of work will not allow it, and continues to require my presence amongst the people. My late-night, non-destination passengers are legion in number, and they don’t have access to the resources others have. Subsequently, they have different standards for sanitation, levels of awareness and concern… and of course, no one’s testing them.

Once they get the virus, everyone gets the virus.

Wildfire won’t even cover it. We’ll need a new vocabulary for how fast it’ll spread, because wildfire is what’s already happening now.

I feel disappointed in the state government’s response, which is far too easy to interpret as a lack of concern for its citizens during this pandemic, despite vigorous statements to the contrary. I worry that the current refusal to issue the order will in hindsight be recognized as a catastrophic error, not just because it will severely tarnish Inslee’s otherwise admirable political legacy, but more crucially because it came at the devastating cost of real people’s lives and lasting damage to their families. People got infected today because of this, who might not have. People died today.

I’m not in a position to meaningfully critique a job about which I know basically nothing. I will not subject Mr. Inslee to the sort of arrogant armchair quarterbacking so many professions have to endure. But I will note my research and observations of the effect his decision is having. Inslee is an ordinary man under extraordinary circumstances, and we can’t expect perfect foresight in times like these. He doesn’t have great decisions to choose from. He has only bad decisions at his disposal. He’ll get yelled by some quarter or another at no matter what he does. The question is, what’s the best bad decision that can be made right now? That involves the least least loss of life?

I want to see all of us thrive.

USA Today.“We need an immediate five-week national lockdown to defeat coronavirus in America.” By Yaneer Bar-Yam, MIT-trained physicist and complexity scientist who studies pandemics.
The Guardian.“China’s coronavirus lockdown strategy: brutal but effective.”
WSJ.“Lockdown of Recovering Italian Town Shows Effectiveness of Early Action.”
The Atlantic.“You Should Already Be in Lockdown: ‘Six feet away’ just doesn’t cut it.”
Al Jazeera. “To get through coronavirus lockdown, we need basic income.”
Live Science. “How effective are travel bans for curbing coronavirus spread?”
The Washington Post.“Limit Travel to Fight Coronavirus? The Pros and Cons.”

[Image copyright Q13 Fox: crowds at Alki this past Sunday.]