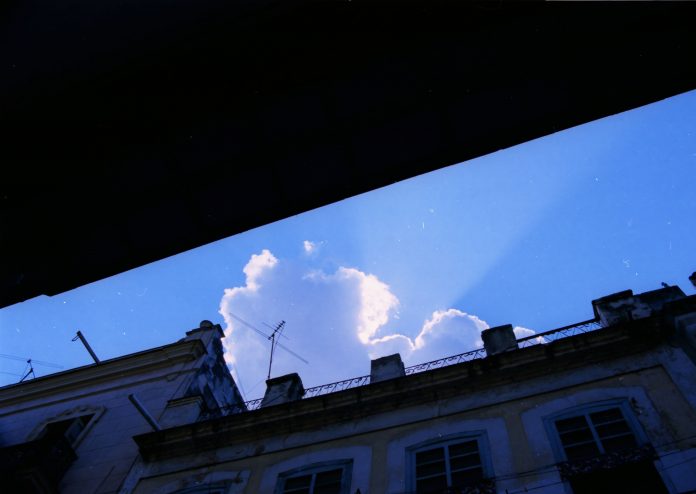 “I think he’s getting worse,” I said.
“It couldn’t get any worse than this,” Don snorted. “After this, there’s just being dead!”

We were talking about a colleague of ours. I don’t spite my coworker friends who have terrible attitudes. I did when I started, because I was unintelligent. But a decade-plus later, I have a more clear understanding of how easy it is to get caught in the undertow of life’s wrongs. I’m no longer mystified by the pull of frustration and dejection, the urge toward jadedness as a survival mechanism. It’s okay to be unhappy as a bus driver. It’s okay to be unhappy walking down the street. I get it.

I just try for the opposite.

For my own sanity, I have to. We choose our truths, and I choose optimism because—as the Dalai Lama said—it feels better! Life is short, and modern life in particular is, among other things, the act of editing: there’s so much stimuli you have to select what to focus on, what to think about and how. I choose for my health and those around me. But in this world of balances, we need the opposite of Nathan, which is exactly who the driver we were discussing was. We weren’t disparaging him but rather marvelling, perhaps in the way some people think about me: How does this person exist?

Don was shaking his head. “The guy ages ten years every… month. I’m worried he’s driving around wishing he was dead. Which is not, you know…”
“Yeah, not good!” I voiced what I’ve often wondered while listening to [Redacted]’s diatribes: “What I don’t understand is, I mean, why doesn’t he do anything? If there’s something in your life you don’t like, you change it, and if you can’t do that you rewire your brain so you’re okay with whatever it is. Right?”
“Right!”
“He hates it here. Great. Why doesn’t he leave? I mean okay I know it’s complicated.”
“It is. His wife and kids… Here’s what happened.” Don went into the convoluted details, concluding, “basically, he’s got dual citizenship here and there, and he owns a—an apartment building? A home? On the actual island.”
“Oh my gosh. This guy. Dual citizenship between America and [Redacted] is impressive. I’ve never heard of that. He’s got money. He’s got property. What the heck’s he still doing here? Does he like complaining about every second of every day of his life?”

Don cleared his throat. He was beyond complaining about complaining. “So I’ve been listening to this guy, Hicks. And his whole thing is frequencies and energies and whatever other bullshit. But the point of it is, I really believe that if you search out the positive stuff, hang into the positive, dismiss the negative stuff, better things end up happening to you.”
“Thank you! Exactly! The circumstantial evidence is overwhelming!”
“And whenever I listen to it I think of you because you’re the fucking poster child for this shit. If you just flow with life instead of fervently wishing for what you want, because that’s really just you thinking about how much you don’t have wherever it is. If you just put it out into the world, your good energy, your positive energy…”

“It totally comes back around!” I paused, trying to gather my excitement into words. These were the thoughts that seem like contraband, ideas you don’t share aloud except with certain people. Don was one of them. “Often in ways we don’t expect. Or don’t want. But it comes around. And there’s something about forcing life to go a certain way that just doesn’t work. Like okay you know, with my book.”
“Yeah,” he said, listening.
“For a while there I was trying so hard to get a book published, doing all this stuff, breaking my back banging on doors trying everything, and after none of that worked I gave up on all this New York stuff and just went back to writing blog posts and having a good time, when all of a sudden this nice wonderful Seattle designer guy comes out of the blue saying hey, do you wanna do a book thing together? And then it just blows up in my face in the best way. It feels like it got dumped in my lap.”
“It just happens. You just—”

I was on a roll now. “Stop me if I’ve told you this already. But I remember reading this study, okay.* They got two groups of people, a group of people who consider themselves lucky in life, and a group that considers themselves unlucky.”
“Okay. Lucky and unlucky.”
“Yeah. And they had each person, individually, walk down a sidewalk on which a $20 bill had been placed.”
“Uh huh.”
“And each of the people who thought they were lucky walked down the sidewalk, noticed the $20 bill, picked it up and felt great about it.”
“Sure.”
“And then each of the people who thought they were unlucky walked down the sidewalk, and none of them even noticed the $20 bill. Not one.”
“Because they’re not looking for it! They’re not looking for anything except their own favorite negative bullshit. You can’t expect to find great stuff if you’re too busy blocking it out looking at the only stuff you think is there!”
“Just going with the flow, seems to really be the way. Gently down the stream, kind of thing. Whether driving the bus, or in life. Aren’t buses just the perfect metaphor for life?”
“Ha!”

I don’t want to put a value judgment on which outlook is better. People have their methods for getting through the day, and I find that impressive enough. All of us face certain, impending, incontrovertible decay, gut-wrenching loss, disease, and annihilation. There’s no way around it. On top of that life drifts by without ever answering the questions we so ache to hear the answers of. It forces us to come to our own truths. We live our lives in a cloud of unknowing, making what music we can in the face of unending silence.

Isn’t there something poetic about dancing toward the light nevertheless? Laughing together, smiling, joining hands? Goodness is the tool we have for resisting death. It won’t work on our last day, but for right now, this afternoon… it does.

Because it makes us feel whole.
​
—