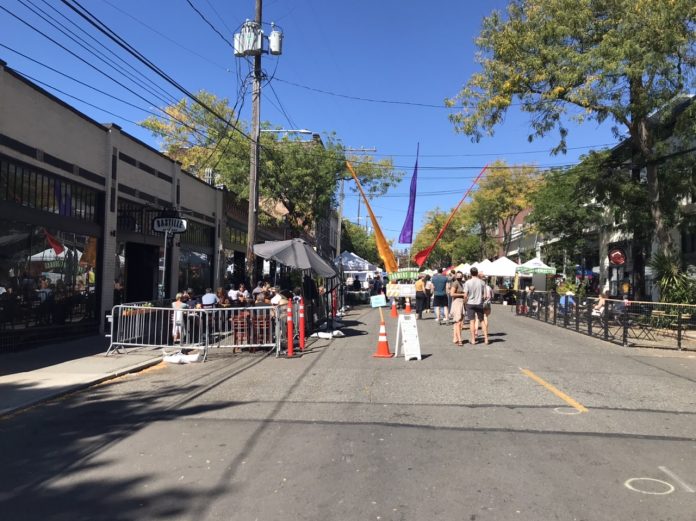 Over-talked narrative: The media is obsessed with the “death of the city” narrative.

Cafe streets: Streetsblog Chicago says that Chicago’s cafe streets have been a huge success and should stay.

Arena district redevelopment: A Philadelphia sports team is looking for more than an arena development in Penn’s Landing with a district plan.

Bay Area tolls: Should all freeways in the Bay Area be tolled?

Where housing bills die: A California bill to more easily allow duplexes in cities across the state died for the year ($). California unions also came out against affordable land use and housing bills ($).

Preventing outbreaks: Wastewater testing at universities like in Arizona has helped in preventing Covid outbreaks.

Covid safe: Washington Governor Jay Inslee is allowing limited capacity openings of museums, but will that be enough for them to survive?

Cosmetic cleaning?: The Metropolitan Transportation Authority in New York City has spent hundreds of millions of dollars on cleaning to stop Covid but is all of it necessary?

Vacancy rates: What do and don’t vacancy rates tell you about a housing shortage?

Environmental justice: The Trillion Trees Initiative is trying to plant trees in American cities to fight climate change and address inequity in communities.

Smoked out: Wildfires are raging in much more than just California and a few big nearby cites, vastly impacting public health and the environment.

Stuck at home: A study suggest that millions of seniors may be stuck with very expensive and unsellable homes.

Everett streateries: Everett is setting aside parking spaces for streatery and other outdoor business uses ($).

Feeder routes: Should select Seattle-oriented commuter routes from South King County be brought back as feeders to Link light rail?

Challenges ahead: Charlotte and Sun Belt cities are fast growing places in America, but they have their own share of challenges to address.

Fascist policy: America’s fascist president is trying to defund cities that he doesn’t like even though it’s probably not constitutional.

Ban sidewalk parking: Parking on sidewalks could become illegal throughout the United Kingdom.

Freeway revolt: A Boston community does not want a higher rebuild of I-90 viaducts, instead hoping for a gentler option that makes walking and biking through the area better.