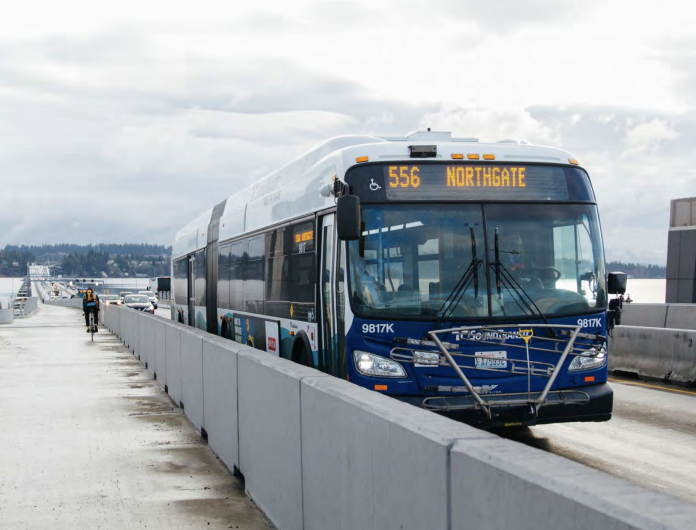 Sound Transit has released its pandemic-impacted draft 2021 service plan. The pandemic has and continues to leave the agency with a fraction of its usual ridership, dropping from 160,000 on March 2nd to 22,000 on an average day in April. Ridership has been slowly returning, but the Sound Transit estimates that it’s barely around 30,000 riders per day.

Through the depressed ridership, Sound Transit has been learning and reacting to ridership changes. Priority has been placed on popular routes. Simultaneously, the agency has been balancing equity, coverage, and all-day travel.

Expecting ridership changes with Northgate Link, Sound Transit will be investing in service increases for Routes 522 and 590. Route 522 will have improved midday and weekend frequency. Route 590 will also be improved with resources pillaged for Route 586’s suspension.

When the Northgate service launches in September 2021, Sound Transit is also planning to roll out four-car trains on Link to support increased ridership. Service levels themselves are expected to remain similar to the planned September 2020 service change. Service otherwise on Sound Transit should see only modest changes with a few improvements on trips for select routes as demand picks up. Service in the South End will be much closer to regular service levels since ridership and reliance on transit remains comparatively high to northern subareas.

All of the proposed service change in the draft plan and the 2021 service plan website.

A focus on equity through the process

In a September 3rd presentation, Sound Transit put the most emphasis on equity. A draft equity analysis (also known as a Title VI analysis) was presented. The Federal Transit Administration (FTA) requires analysis documents of how a service change impact people of color and low-income populations. Service for these populations are of high priority for the 2021 plan due their higher dependency on public resources like public transit.

The FTA’s intent is “full and fair participation in … decision-making”. Sound Transit is planning to reach out to all community, hoping to reach populations that typically not tapped into the agency’s operations. Advertising in non-White media, translations, and Language Line services are planned.

A virtual public meeting is planned on September 24th at noon. Follow the progress of the 2021 Sound Transit Service plan at its website or with Sound Transit’s social media. They’ll be incorporating feedback in October, and the board will adopt a final plan in November.