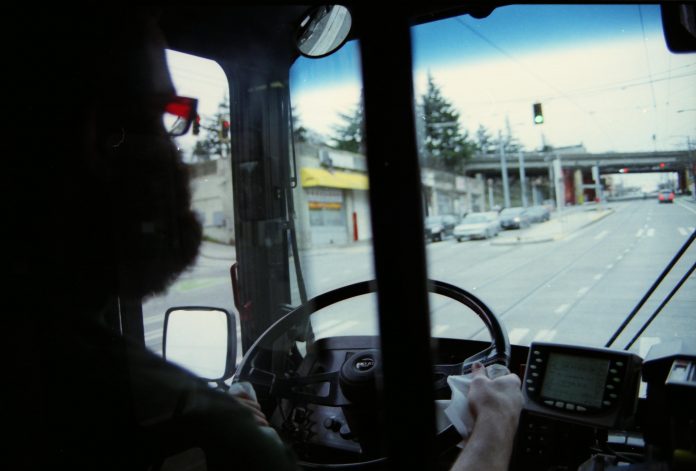 This one’s about the physical act of driving the thing. It’s time for tech talk!
Two recent posts dealt with psychological and existential problems of doing this route.
Another post offers tips on fights and other security issues.

Introduction
I first drove it in 2009, and have stuck regularly to it since, including several stints of consecutive years driving it nightly. I’ve gone down those streets more times than most operators will in their lifetimes, and with the regular blog coming to a close I wish to pass on a thing or two I may have picked up on the way–because it’s good to help each other. And because the night 7/49 is the lowest-seniority route. If you’re on it, it’s because you’re nuts like me and you like it, or because you’re new. If the latter–welcome. It’s going to be fine.

On Jackson Street at 5th

Pulling out of 8th

Resetting your poles from one lane of wire to another

Preparing to turn right on Rainier

You did it. Enjoy those precious minutes. Use that Comfort Station, stretch it out, and eat something besides junk food. See you on the next trip!