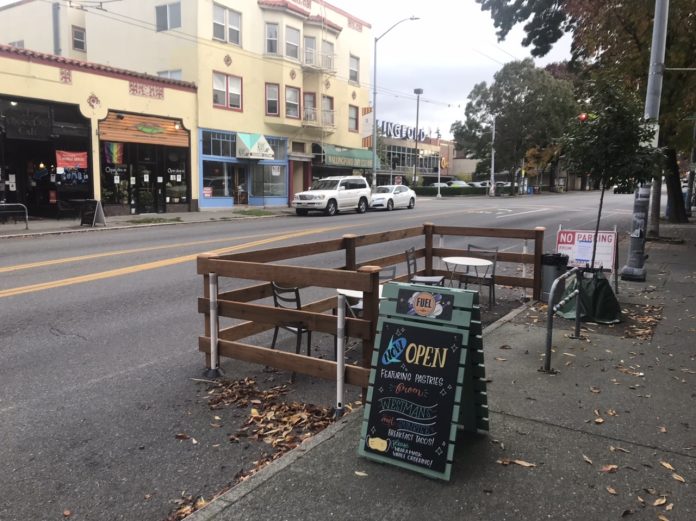 Lower BC HSR: Could a high-speed rail line between Whistler and Chilliwack via Vancouver become a reality?

Failing workers: According to a study, late-night transit is failing non-white night shift workers in America.

Worse off: For low-income students, many of their schools were already in bad shape and now the pandemic has made things so much worse.

Legalizing multifamily: Voters in Alameda, a San Francisco Bay Area city, could remove a ban on multifamily housing in the city this November.

Coastal woes: Coastal flooding largely spurred on by hurricanes is making insurance and down payments much more expensive and devaluing housing in North Carolina along the coasts.

Save the elephant: The famed Elephant Car Wash on Denny Way is going away, but the beloved sign will go to the Museum of History and Industry ($).

Not team players: A bunch of suburban cities in King County are opting out of a countywide tax plan that would fund housing for people experiencing homelessness.

Trump death cult: The Centers for Disease Control was going to establish a national requirement for mask use on transit, planes, and other forms of transportation, but the Trump administration blocked the move ($).

Underperforming: Strong Towns walks through the many mismatched tax incentive programs that Kansas City has used to draw in development over the decades.

Chief environmental terrorist: The Environmental Protection Agency further weakens rules for some major polluters under the direction of the Trump administration.

Could’ve been avoided: The coronavirus epidemic is out of control in Wisconsin and other parts of the country, which is leading to the reuse of emergency field hospitals to manage caseloads.