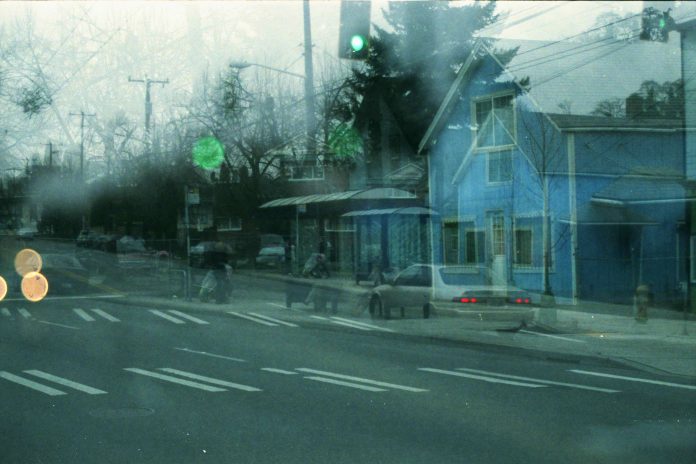 No, the conversation didn’t have the urgency or desperation of our first, nor the celebratory airs of the second. But I like to think that’s what made it special: in its relative mundanity it represented the completed nature of her hurdles. Now, finally, we could sit around chatting about nothing. She was dresssed as before: a black khimar with a niqab over her face, a brightly colored pink dress beneath, and a walker.

“Hey, you,” I said.
“Hey!”
I noticed her shopping bags and said in a winking voice, “Did you find everything you needed at Target?”
“Well, let me tell you,” she began.

I’ve got the luckiest job in the world. I can ask people with genuine interest how they’re doing, because, well, I’m not going anywhere. I’ve got time to listen to whatever their answer is. I settled into my chair as we continued down the road, ready for a story.

“I was with my friend. She’s American. We went to Target, I got my stuff, and I paid for my stuff in line.”
“Sure, sounds good so far.”
“Yes so far so good. But I didn’t know she was trying to steal stuff from the store. She stole makeup, soap, hairbrushes. And the security came out and stopped both of us. And I explained.”
“Yeah, you didn’t know, you didn’t do anything!”
“They said even if you didn’t do anything, if you were with her, you can be charged too.”
“Yeah as an accomplice. Oh no.”
“But I explained this has nothing to do with me. Look at my receipts. I didn’t know anything. I’m going home now.”
“Perfect.”

And here she was now, at the positive end of the story. A tall, thin gentleman approached her, speaking in her language. He was trying to tell me something and wanted her to interpret. I knew him primarily as a benign but contrarian soul who drank too much in the evenings.

She turned to me, translating his words. “‘You are perfect bus driver.’”
“What? Thank you! Thank you!” I was surprised to hear it from anyone, but especially him, who is usually on the awnrier side. She continued. “‘You very polite, drive really well.’” He repeated as much as he departed. I nodded gratefully.

“I’ve seen him around a while now,” I said to her after he’d left.
“I’ve known him for nine years,” she said. “But ten years ago he had sex with a woman on the street, and he got HIV.”
“Oh no!”
“Yeah. His family find out, his wife left him, his kids gone, he has nothing.”
“Oh no. You know, they have medicine for that now.”
“Yeah he takes it. Now he’s so much better. He can live. His doctor tell him it’s not even in his bloodstream anymore.”
“Wow. I didn’t know the medicine was that good!”
“Yeah, ninety-nine percent. Maybe one percent you will catch it.”
“Okay.”
“But even so, I not going to have sex with someone who has HIV. I say, Baby, I’m not feeling it!”
“Ha!”

I felt such warmth from both of them. In their different ways they each have been dealt crushing blows by life, and come out the other end survivors. I was humbled that in their hardships they went out of their way to extend gratitude my way, I who am surely such an insignificant figure in their lives.

But as we all know, sometimes one smile can turn the day around.