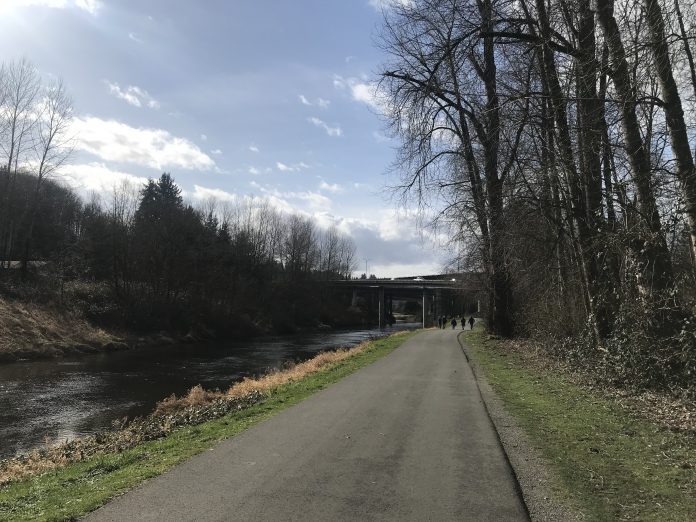 Cameras save: New data from Chicago shows that red light cameras can save lives.

MD monorail?: A monorail could be feasible on the I-270 corridor in Maryland ($).

Bozeman at crossroads: Bozeman’s only racially diverse neighborhood could soon fall away if trends continue.

Green banks: What are green banks?

Downtown’s future?: Jon Talton opines on how Downtown Seattle will come back ($).

Stalled out: Crosscut reports that the “poverty defense” legislation for Seattle has stalled out.

The Bogue Plan: What was the 1912 Bogue Plan that Seattle voters shot down?

Better policy: The United States Department of Transportation is changing a grant program by prioritizing projects that address climate change and environmental justice.

Conserving water: Arizona water rights have been amended and could lead to better conservation.

Vaccinating Seattle: Seattle is opening a mass vaccination site and well on its way to meeting vaccination goals.

Unequal impacts: Mapping the impact of climate change shows how unequal it is to communities in Washington.

Cars not welcome: The New York Times looks at Bahnstadt, a new district of Heidelberg, Germany, that is a walking, biking, and transit paradise ($).

Safer vehicles: Why are the new Postal Service vehicles so good?

Mount Baker’s next play: Changes are coming to MLK Way and Rainier Avenue as soon as 2022, but what comes next for the Mount Baker neighborhood?

Post-pandemic hospitals: In the post-pandemic era, what could the modern hospital look like?

Motorcoach biz woes: While public transit is getting another round of financial assistance from the government, the private motorcoach industry may get left out in the rain.

Seniors left out: How is the “new mobility” revolution leaving seniors out?

Bargain hunters: With rents plunging, many people are seeking out digs in their dream cities.

Saved: Dallas almost killed off a streetcar, but it’s been saved for now.

Taking down walls: Barricades at Seattle’s West Precinct police station have been taken down, is the East Precinct next?

Parks in crisis: Rubén Casas talks about how parks can better serve the Puget Sound region during times of crisis.

City bills: Streetsblog covers four bills that could loosen the grip of cars in American cities.

Suing the island: Sound Transit is appealing permit conditions that Mercer Island, a city that has long been transit-combative, is imposing.