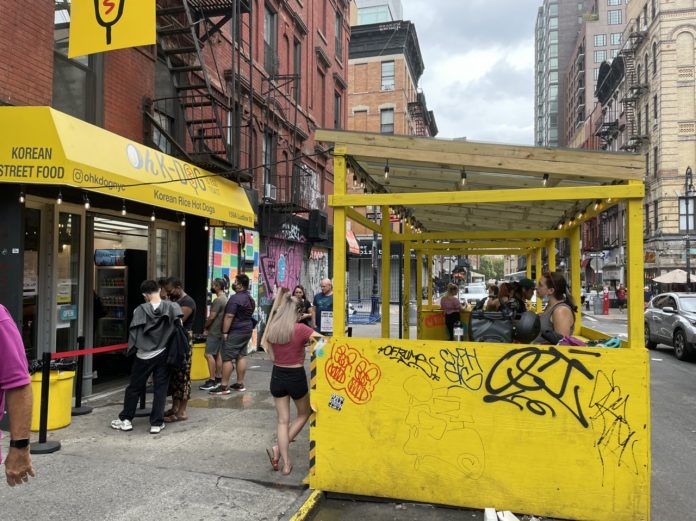 Evicted: The federal eviction ban has been struck down ($) and New York’s eviction ban was tossed out. Wall Street also wants to hasten evictions.

The wise choice: Houston’s transit agency is moving ahead with transit projects despite budget issues.

The flip side: The federal reconciliation bill could go big on electric vehicles, but won’t meet climate goals.

Burning up offsets: Wildfires are burning up trees planted as carbon offsets ($).

A broken system: Why is it easier to build new highways than subways?

A new day: New York’s new governor Kathy Hochul is taking transit seriously in New York City. What are some ways she could improve the MTA? And yes, Andrew Cuomo was terrible on transit.

Eliminating an encroachment: A private encroachment onto the Burke-Gilman Trail has finally been removed.

A struggle: Rents are rising in New York City as people continue struggling to catch up on rent.

Keeping up: Will Vancouver be able to grow as fast as its suburbs?

Better bus service: Free Sunday bus service has been launched in the Tri-Cities.

A failed policy: A new I-405 toll lane has been granted “environmental” approval.

The money: How much funding would come to Oregon from the federal infrastructure funding bill?

Vacated: A judge has vacated a Trump administration clean water rule ($) that would have allowed more waterbodies to go unregulated.

The why: What driver behaviors lead to pedestrian fatalities in Portland?

Tear it down: A Dallas columnist wants to tear down I-345.

Lure them back: Washington, D.C. is implementing big changes to service to lure riders back.