A disturbing trend in an already business-friendly city.

We all want our votes to mean something in the city we love. Passionate residents make size-limited donations to candidates who they believe have the best experience and vision. That’s about as much as we can do as individuals.

For special interest organizations, it’s a different story. The first chart shows that more than half the dollars supporting one candidate come from well-endowed organizations representing the interests of realtors, developers, Amazon, Comcast, and Republic Services. Although these dollars aren’t directly under the candidate’s control, the astounding size of this money pot may tip the election. It’s an alarming prospect for anyone who cares about campaigns based on ideas and voter participation rather than marketing.

The candidate benefiting from this largess is Deputy Mayor Jared Nieuwenhuis. If you’re a supporter of Mr. Nieuwenhuis, I’m not asking you to justify your vote or change it. This isn’t a debate about the merits or shortcomings of any candidate.

However, we should be concerned about how this unprecedented flood of special interest money may shape the future of our city.  The second attached chart illustrates the concern. In races with the highest levels of special interest spending during the past decade, the candidate who received more than $20,000 from special interests won.  This year, Jared’s special interest donations are triple the previous record (held by Jared in his 2017 race). Is this an anomaly, or the harbinger of elections to come?

If Jared prevails in a tight race, he may feel indebted to these supporters. Worse, special interest organizations will confirm their belief that Bellevue council seats can be bought. Future council candidates will take note and court the support of big businesses to win their races. We are on the verge of stepping onto an escalator with no easy offramp.

Or we could stop this unwelcome influence in its tracks.

Bellevue is already a business-friendly city by every measure. If our council is dominated by council members with ties to big business, our future will be determined by commercial interests, not residents.

If you want your council to prioritize the needs of Bellevue residents, please consider your vote carefully. It has never been more important. 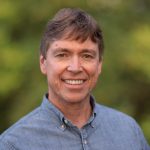 Don Marsh been a neighborhood activist in Bellevue for most of the last decade.  His journey began when he co-founded the non-profit organization Coalition of Eastside Neighborhoods for Sensible Energy (CENSE) in 2014, which focuses on energy and environmental issues, and specifically oppose a giant transmission project known as “Energize Eastside” proposed by PSE.  Marsh is also the co-founder of 300 Trees, which promotes tree planting, free trees for Bellevue residents, and tree projects for schools and leads another group called Washington Clean Energy Coalition, which includes stakeholders for PSE’s long range plans and clean energy transformation policies.