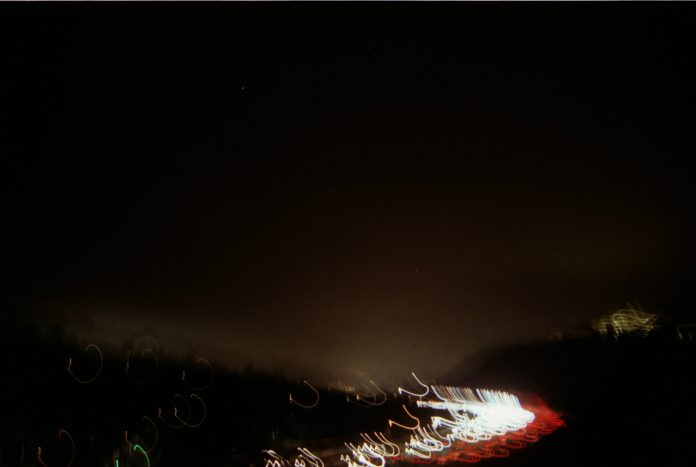 If you drive buses through downtown at the top of this hour, you’ll notice it contains what I call a “rush hour echo” — a spike in activity entirely benign in nature. These folks have just finished their swing shift jobs and they’re ready to go home, grateful to see you. They have completed their toil at a panoply of interesting worksites, those places where you use your hands, developing calluses and camaraderie; the humble and hidden jobs which are not confusing but easy to explain to others, elemental, and which keep the city running. I have a soft spot for these guys.

I am one of them, after all.

Here is a tall, able-bodied regular with flowing light brown hair down to his hips, running up to the opposite corner at 9:59, almost too late as I pull up across the street. He must jet out a few minutes early every night to catch my trip. The man always waves a silent hello as he boards through the back of my E Line, and it is in appreciation of his friendly waves that I tarry for him tonight — I arrived one light cycle early and could’ve taken this green and left him in the dust. But no.

These are my people.

I gestured at him across the roadway, letting him know he’s good. The timing allows another fellow to squeak in, a thirty-something with a well-groomed Afro, the round halo surrounding his excited face in an unapologetic ’70s style. He will thank me verbally from the middle doors as he leaves later tonight — notable, in these terse and antisocial times.

In between zones in Belltown, I pull over for two figures waving their arms in the dark. I sense something of myself in their companionable yearning gestures; I know what it’s like to plead to get on a bus at night. As passengers they’re the sort I’m grateful to pick up. Probably coworkers, two black American gentlemen, effusive in their kind gratitude toward me and happy to be chatting with each other, their soft-spoken banter lighting up the bus’s middle section.

Rounding out the crowd are a scattering of your expected E Line neighborhood flavors, but of a mellower stripe tonight. An elderly army vet, built like an ex-footballer. A woman who hears my Have a good night! at the last second, her hand waving thank you from the back after the rest of her body has already deboarded. A bedraggled grandmother twice my age with her belongings in hand, including a fishing rod and 101 Dalmatian pants, catching a nap in the back. A stentorian but amiable fellow up front I’m chatting with, who tells me what you learn as a footballer if you’re small and have a tough father: “You can’t meet force with force. You have to go around it.”

There were his thoughtful words and more, other faces you forget, the youthful outcasts you’re surprised to discover do have destinations. Here is another man at the end, Aurora’s answer to Gary Payton, only less lucky. We’re at Aurora Village and he’s very lost, asking where Salvation Army is. I perk up when I begin to realize he’s actually trying to get somewhere, and he perks up when he perceives I’m giving him genuine real directions because I care, explaining the slightly confusing path for how to get there — all the way at the other terminal.

We have a good group tonight.

I really like these people. I look at them in my rear-view and smile involuntarily, deeply contented by the opportunity to serve these folks, to get to be in their presence. I feel a motherly caring for my fellow humans, and I embrace them with my bus.

This is what we can do, while the institutions slumber around us. It is what we can do as individuals, and what we have to do. In my book, I write of passenger Rachel, who once told me, “We have to allow ourselves to love so other people can receive it. People need to feel loved in their lives. It’s not just for us, it’s for them.” She phrased it as a responsibility done on behalf of others.

I know that’s harder to do now. I know you’ve heard the horror stories of this route and others. You may even have lived them, as I have. I know that in order to pick up the above people you have to pick up others who may give you grief. But can we take a moment to remember all the rest is happening too? Can we remember that during your eight-hour shift, the terrible thing that happened probably lasted less than five minutes? That we can be our best not only then, when it may accomplish little, but for the other seven hours and fifty-five, when it’s just as worthwhile to let people feel acknowledged? To keep community alive?

We try for the right things not because they are easy, but because they are hard. Because they tell us something about ourselves, about the person we’d like to be. We try not because we will succeed. We do not expect an outcome. No, we try because doing so inches us incontrovertibly closer, curves the air around us, the listeners and futures and notions of truth, toward a better definition of things.