On Monday night, Spokane City Council adopted a package of interim zoning rules which establish the city as a nationwide leader in re-legalizing housing. After years of debate, task forces, Council hearings, and focus groups, it is now legal to build a duplex, a triplex, or a fourplex anywhere you can build a single-family home in the city.

The rules actually go further than the package briefed in The Urbanist earlier in the month, after amendments during the legislative process. When everything shook out, the final package:

It’s a bold, transformational package that forms the biggest change to our city’s Comprehensive Plan framework since it was first adopted in the late 1990s. While growth will still be concentrated in certain areas, it will be allowed across the whole city, which will increase housing diversity in existing neighborhoods, like Garland, West Central, and Lincoln Heights. In the long run, this will improve housing affordability and choice.

While it seemed earlier in the day like it could be a divided vote, the package ultimately passed unanimously (7-0) on a Council generally seen as divided 5-2 between progressives and conservatives.

After an overwhelmingly positive public comment period with just one opponent to the package, a buoyant Council shared their thoughts on the ordinance.

Councilmember Michael Cathcart said it would be “one of the most important votes [he] will take on the Council.” Councilmember Jonathan Bingle noted how “fun” it had been to work on the issue, given the shared understanding among the Council of the fundamental need for more housing. Councilmember Karen Stratton said it was important to “take a chance and try something new,” suggesting that she would regret not taking action, knowing that other approaches hadn’t worked.

Even Councilmember Lori Kinnear, who had earlier in the day expressed a desire to limit triplexes and fourplexes to areas near transit and jobs, ultimately came around, saying “we need more housing! I was going to vote no on this, but I realized that we need more housing… I was concerned about the triplexes, but if that’s my only issue, I still need to go forward and support this.”

Once it was clear how the vote would land, Council President Breean Beggs took a moment to congratulate the city for its leadership. “When Spokane leads, the state follows,” he said, noting that Spokane had led the way with sick and safe leave, “ban the box,” and now with housing.

The interim zoning ordinance is a novel way to pass a significant zoning change, which may be part of the reason such limited opposition arose. Because the rules were passed in response to the city’s housing emergency, they’ll be in effect for one year before a public hearing this September and ultimately permanent changes to the Comprehensive Plan next year. During the coming year, developers will have an opportunity to “vest” their proposals under these relaxed rules, but all indications so far suggest that permanent rules will be adopted with relative ease.

Over time, assuming these changes stick, Spokane residents have more housing choice across the city, depending on their preferences and the point in their life. For example, say someone loves the Garland District (or perhaps just Little Noodle?), but doesn’t want to spend time and money maintaining a lawn. Right now, they wouldn’t have very many options within walking distance of Garland proper. But in the future, maybe they could rent a unit in a triplex and have some space for themselves without the need to do yardwork. Over time, maybe they’ll start a family and decide to purchase a townhouse or a small single-family home nearby. Later, they could even consider downsizing to a single-floor unit in retirement. The idea is that Spokanites will be able to find more housing choices in all neighborhoods across the city.

Of course, none of this is going to happen overnight, which might offer some comfort to community members who fear (inevitable) change.

But in the long-run, this package — and the change in thinking that it represents — has the potential to dramatically improve housing outcomes across our city. Evidence is abundant that allowing more of these small-scale housing units can improve a neighborhood’s affordability without displacing longtime residents. And as more people live in a neighborhood, transit service tends to improve, healthy food options tend to become more available, and economic mobility even appears to improve. That’s the future to look forward to.

With this small step, Spokane has set the standard for Washington on housing reform. Now it’s time for other cities — like Seattle and Tacoma — and ultimately, the legislature, to follow. 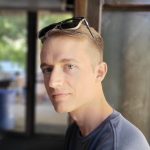 Anthony Gill is an economic development professional and writer at Spokane Rising, an urbanist blog focused on ways to make Spokane a better place to live.