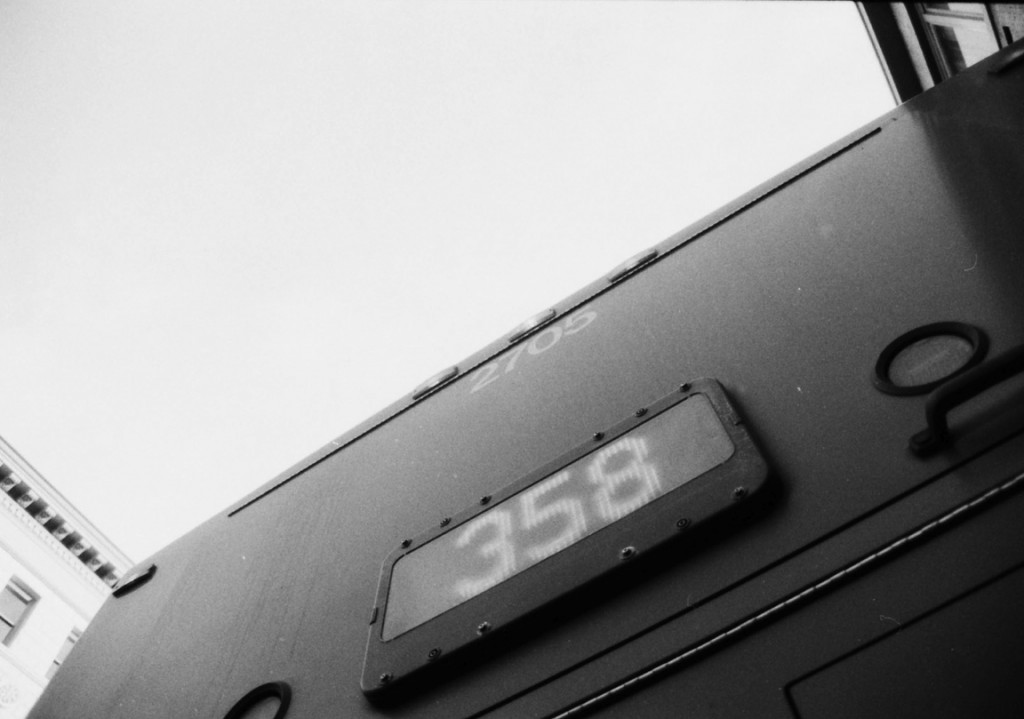 I’m strolling back to my bus one morning at Aurora Village Transit Center, after using the restroom. My job is to take people who call me foonie bus-driving horsemaster seriously. This fellow, a passenger on my most recent trip, has approached me. He’s stockily built, but with the romantically scraggy locks of hair you expect to see on the front of pulpy romance novels. His terrific Scottish accent carries a tone ambiguous, a current of anger whose level I can’t quite place.

“Yeah, calling’ out THS. You might not wanna dew thaht.” THS is the methadone clinic. The letters stand for Therapeutic Health Services (“we know what that means,” some users and I joked when I once explained the acronym to a curious onlooker).

“But that’s where everyone’s goin’!” I reply.
“But they’re in treeetment, maybe they don’t want everyone to know they’re in treeetment,” he growled darkly.
“Oh, but they may not be goin’ there. Maybe they’re goin’ to the taco stand across the street…or hey, the smoke shop!”
He resigned himself to a chuckle. “You’re a foonie horsemaster!”
“Have a good one!”
He gave me the peace gesture, two fingers.

Later, he tells me again, under identical circumstances, a tinge of burly threat coloring his words: “I’m teeellin’ you, you got to stop sayin’ THS. I’m the only person got off there this morning and yew said THS, now everybody thinks I’m an ahddict!”

He sounded angry, but I pretended not to notice. “Oh man no, they don’t think that! They’re self-absorbed in their own stuff. You know I’m just callin’ out the local attractions! Maybe they think you’re goin to Aqua Quip, gonna buy a hot tub…” There, I got him to smile.

I knew I needed to pay a little more attention when he was next on board. Which is why the next time he rode, I glanced in the mirror before announcing, “this is 165th next, by THS. Also by the Credit Union and the auto shop, Shoreline Motel, there’s a U-Haul, let’s see…we got Dana Waterproofing right here…”

Never did 165th receive such a careful and studied series of announcements.  He indicated his approval by way of congenial silence. I imagine Dana and Sound Credit Union never dreamed they’d get announced as local attractions, but hey, everyone deserves a moment in the limelight.