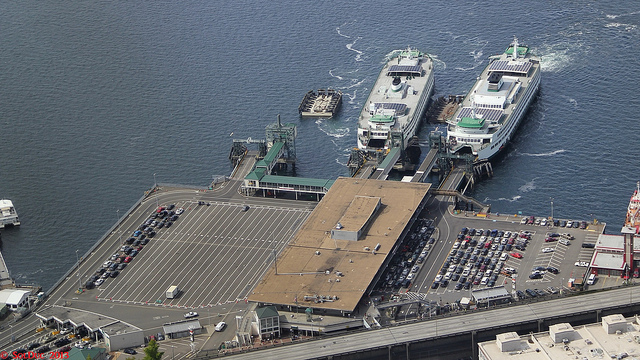 Washington State Ferries is planning upgrades to the Seattle Ferry Terminal, also know as Colman Dock. The existing terminal is outdated, as it was built in the 1960s and last expanded in the early 1990s. The original part of the dock, which is made of unsafe creosote timber trestle is getting replaced. The terminal building is getting completely rebuilt in order to provide more efficient operations for an ever-growing number of walk-on passengers. The passenger-only facility used by the King County Ferry District will receive new access from the main terminal and the Marion Street pedestrian bridge.

The Environmental Assessment was released in mid-April, and now the Washington State Ferries is asking for public input. You can provide you own during the many events organized in the upcoming weeks or submit comment online.