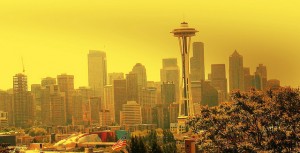 The scientific evidence for anthropogenic climate change is now irrefutable.* Climate change is not some far off disaster that can be passed on to our descendants in the distant future, scientists are not conspiring against drivers or the oil companies, and environmentalists are not making it all up to bring about government tyranny. Climate change is a real threat at our door, and its effects can already be felt here and everywhere else.

In March, the United Nations’ Intergovernmental Panel on Climate Change released a report outlining the most dire consequences of climate change, including the acidification of the oceans by carbon dioxide (CO2), mass migrations of people as coastline disappears and water dries up, violent conflict over dwindling resources, and the possible collapse of the world’s food supply. The effects are already being felt in the United States, where a minute change in temperature (less than two degrees so far) has led to longer, hotter summers, and has contributed to droughts, floods, severe storms and the collapse of migratory systems. In our own backyard, pine forests are dying because longer summers have led to a rapid increase in mountain pine beetle populations.

Currently there are no viable miracles of science or geoengineering that can reverse the warming of the planet without creating new, potentially graver risks. The only responsible course of action we can take is to sharply reduce the amount of CO2 we’re pumping into the atmosphere. And this means weaning ourselves off fossil fuel.

One relatively easy way of starting this process is reducing the number of gasoline-burning cars on our roads, and the best way to do this is to make public transit and alternative forms of transportation a priority. Encouraging walkability and bicycle commuting are part of this, but it’s impractical to ask Seattleites to hoof or pedal it to work every morning in the rain. Only a robust transit system–buses, light rail and trolleys–can move the volume of people necessary for keeping our regional economic engine, Seattle, moving. Transit is not only good for our overall quality of life (who wants to spend two hours a day stuck in traffic and the resulting cloud of smog?), it helps reduce carbon dioxide in the atmosphere.

When it comes to forward-thinking policies and legislation, Seattle and Washington State have led the country. We were one of the only two states, along with Colorado, to throw out moribund drug laws and legalize marijuana. We have consistently supported LGBTQ rights, finally approving gay marriage in 2012. Seattle is now in the process of instituting the nation’s highest minimum wage, making it one of the most labor-friendly cities in the world. We have been on the right side of many issues, and there is no issue more serious or pressing than climate change.

Recently, King County voters rejected Proposition 1. This would have provided funding to Metro to maintain its current bus routes, a level of service that should actually be increasing to meet the ever-growing number of riders but instead now faces severe cuts. Even though it was packaged with a series of driver-friendly road improvements, many shortsighted county voters saw it as a regressive tax subsidizing Seattle bus riders at their expense and voted No, even while Seattle voters overwhelmingly approved it. When it comes to transit, King County does not have our back.

This setback should not be a cause of despair, but a wakeup call. If we want to get serious about addressing climate change and live up to our much-touted green image, if we want to be a leader on this issue, we have to go it alone for now. Until recently, Initiative 118 offered us the only path. It would have  increased the city’s property tax and raised $155 million in total revenue over a six-year period to purchase Metro service. However, Mayor Ed Murray has recently announced his own plan, one that would draw on a $60 car tab fee and a .1% sales tax increase to raise $45 million a year, essentially resurrecting Proposition 1 for a Seattle-only vote in November.

Like all political solutions, the new proposal is not perfect. It doesn’t address the immediate cuts in service, and it still depends on the county to carry out its end of the deal. But Keep Seattle Moving is already working to ensure that the needs of our community are addressed in the final proposal before it goes out to voters. Whatever plan we end up with, it will be a first step towards Seattle having more control over its own transit system.

This is not about patting ourselves on the back–it’s about the survival of our city, of our region, of global civilization. Certainly our current economic vitality and quality of life are not going to survive if the burning of fossil fuels is allowed to go unchecked. Seattle talks a lot about social justice, and this is a perhaps the most important social justice issue there is. Poor, working people are the most adversely affected by transit cuts, and they will be the most vulnerable to the disruptions, conflicts and displacements if the darkest predictions of climate scientists come to pass.

Seattle must lead on this issue by creating a viable transit system, one that efficiently moves people while reducing the city’s carbon impact. Not for bragging rights, but so that others can follow our example and do their part in taking on the greatest environmental challenge of our age. Help us do this by continuing the fight to increase transit options in Seattle, and voting to restore bus service in November.

*The mechanism of anthropogenic climate change is simple and well understood. When the sun’s energy hits the surface of the Earth as visible light it is reflected back into space as heat-producing infrared radiation. When we burn fossil fuels they release CO2 into our atmosphere. As it turns out, CO2 is very good at absorbing infrared radiation, and prevents it from escaping back into space. That surplus of solar radiation is trapped on Earth and gradually begins to warm the atmosphere and oceans. This is not theory; it is lab-tested scientific fact with a large body of evidence. 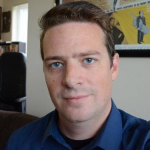