The PLUS Committee chaired by Councilman Mike O’Brien held a meeting on Tuesday, available on the Seattle Channel. In attendance were Department of Planning and Development (DPD) staff, a few citizens who gave public comments, and Councilmembers Burgess and Licata. The meeting had three items on the agenda:

Two DPD staff briefed the Council on Council Bill 118080, which relates to land use and zoning amendments to sections 23.40.060, 23.410.12 and 23.90.018. The amendments would revise the Living Building program & Seattle Deep Green Pilot program, adopted by the City to facilitate and encourage the development of buildings that would meet the Living Building Challenge or Seattle Deep Green, an alternative program with slightly reduced sustainability standards. The amendments proposed by DPD would put the Deep Green program on hold to give DPD time to specify the program’s requirements and clarify flexibility in allowable exceptions. Their intent with the Deep Green program is to align it more accurately with the recently updated Seattle Energy Code. DPD raised issues such as requiring a third party to assess projects for compliance and increasing the maximum penalty for projects that fail to pass from 5% to 10% of construction costs.

Rob Harrison, a local architect and green building advocate who wrote on this topic for Citytank last year, spoke at the meeting and derided the punitive nature of the pilot program. He suggested (and I would agree) that the City should reward those who wish to participate rather than punish them if they participate and don’t comply. This approach may have discouraged participation in the program, as only two buildings have been part of the program (the Bullitt Center and the Brooks headquarters) while one remaining open spot in the program remains unfilled.

DPD is proposing an amendment to the DMC-160 (Downtown Mixed Commercial) zone, which includes Alaskan Way and Western Ave. In the context of supporting the waterfront vision, this amendment’s objective is to emphasize residential use and other active uses like hotels along this portion of the waterfront. The City wants to enhance the pedestrian environment in this part of downtown in preparation for the changes coming to the waterfront. I am encouraged that they see the great need to activate this soon-to-be front door to the city with lots of residents, hotel patrons, and shoppers. The proposed changes to the Land Use Code include:

Discussion centered on hotel use and DPD’s intention to treat it more like housing from a code perspective to spur development that promotes evening activity in the area. Beyond FAR adjustments, the proposal would change Alaskan Way and Western Ave from Class II to Class I pedestrian streets, leading to higher standards for transparency, more stringent blank wall limits, etc. In other words, a better pedestrian experience. Finally, there would be some minor adjustments to bulk and mass standards to try to improve the pedestrian scale. I didn’t agree with everything DPD raised—for example, I’m not sure why it’s necessary to limit non-residential FAR in order to spur residential development—but overall I was pleased with the amount of attention DPD staff gave to the pedestrian experience. Downtown Seattle certainly hasn’t always gotten the ground-level, human-scaled experience right—it has its share of towers-in-a-windswept-plaza—but it’s positive the City is at least now making decisions based on how to enhance the street level experience.

DPD gave a brief synopsis of neighborhood-level planning currently underway in Ballard and Delridge. In Ballard, the City is partnering with the Ballard Partnership for Smart Growth to study several issues, such as Sound Transit’s Ballard-to-Downtown High Capacity Transit studies, community concerns about large-scale development on Market St, and whether neighborhood employment growth is keeping pace with residential growth. Discussions and meetings are ongoing.

The discussion of Delridge was brief and fairly vague. The Delridge community is interested in partnering with the City on more planning work to address neighborhood concerns. Parts of the Delridge neighborhood are food deserts, which the community would like to address for health and accessibility reasons. Beyond that, the DPD laid out three abstract objectives:

Of the three agenda items, I am most intrigued by the proposed downtown zone amendment. The waterfront project has certainly caused much chagrin to the urbanists in the city (primarily due to the tunnel) but there are still some very positive aspects to the project. It is imperative that we end up with a waterfront that is more walkable, vibrant, and active.

Nick Etheredge is a first-time contributor to The Urbanist. He’s a former Mechanical Engineer looking to transition into a career in urban design and planning. He loves cities and loves Seattle. 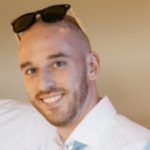 Nick is a volunteer with 350 Seattle. He cares deeply about climate justice. He loves Seattle, jazz, and the hapless Seattle Mariners.