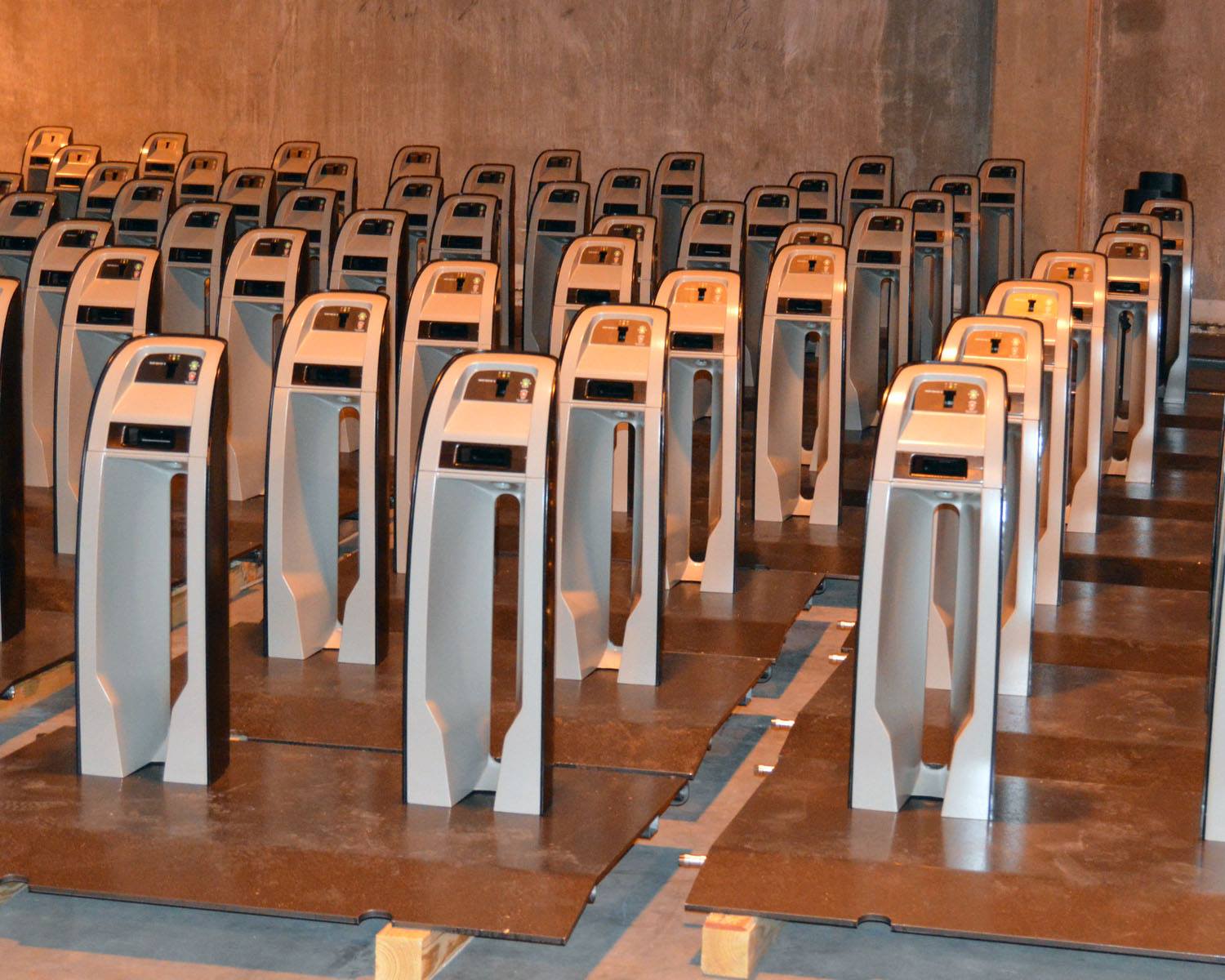 Pronto! Cycle Share says that they are set to roll out those swanky bicycle docking stations this week (and possibly this morning if Facebook is any indication). 50 docking stations housing 500 bikes will be located in 9 neighborhoods across the city. Some of those lucky neighborhoods include the biggies like the University District, South Lake Union, Downtown, and Capitol Hill. The first location to see a docking station installed will be at 9th Avenue and Mercer Street, an apt location given its woonerf/Green Street status.

Pronto! will not launch with an automated vending machine system for helmets. As an interim solution, Pronto! will provide self-serve bins for free to riders. As Holly Houser, Executive Director of Pronto!, put it: “We’re going to launch with an honor system. Riders can check out a free helmet from an unlocked bin at each station, and then return it to a separate used helmet bin at any station when they’ve completed their ride.” These helmets will be sanitized after each use and redistributed throughout the system after inspection. Eventually in 2015, automated vending machines will be deployed throughout the Pronto! network. Those helmets will come with a fee though.

In other Pronto!-related news, Mayor Ed Murray has pledged additional funding to expand the cycle share system in 2015 and add more Downtown bike lanes. In effort to create social equity within the cycle share program, $400,000 is budgeted to fund stations in the Central District and Yesler Terrace. Meanwhile, a further $800,000 will go toward planning and expansion of protected bike lanes on Second Avenue and Fourth Avenue in 2015 and 2016.

Pronto! Cycle Share launches on October 13th. If you’re curious about future locations, be sure to check out the handy docking station map. And, it’s never too late to sign up!

UPDATE 1: It appears that the 9th Avenue and Mercer Street docking stations have been installed as of this morning.

UPDATE 2: And here they are in their completed glory.