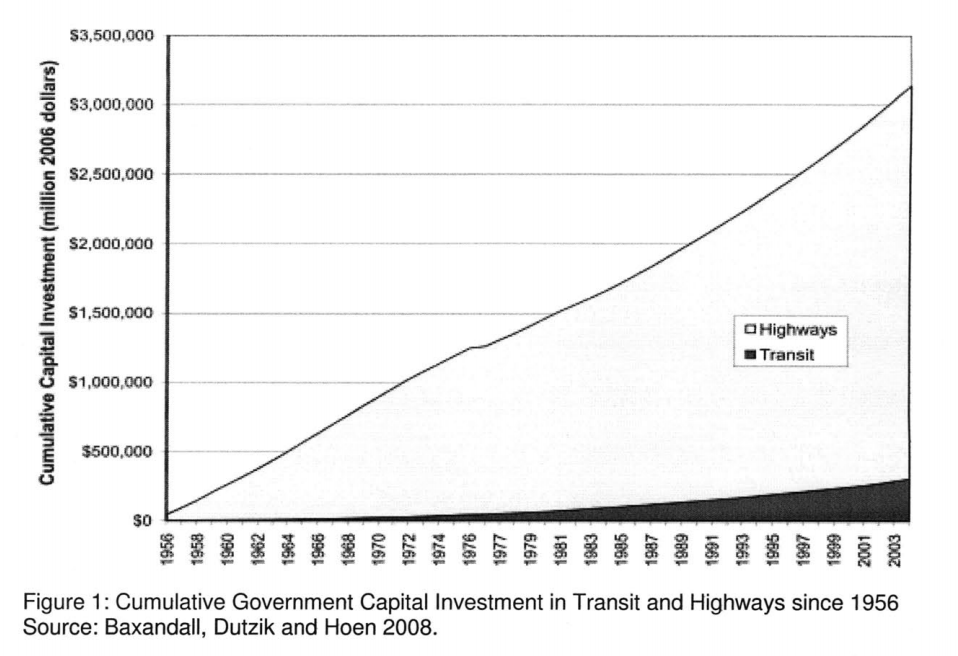 It’s really no wonder that so few people have access to high quality transit. Keeping this chart in mind, imagine what could’ve been done with just a fraction of the money that was spent on highways. Here’s a few suggestions: