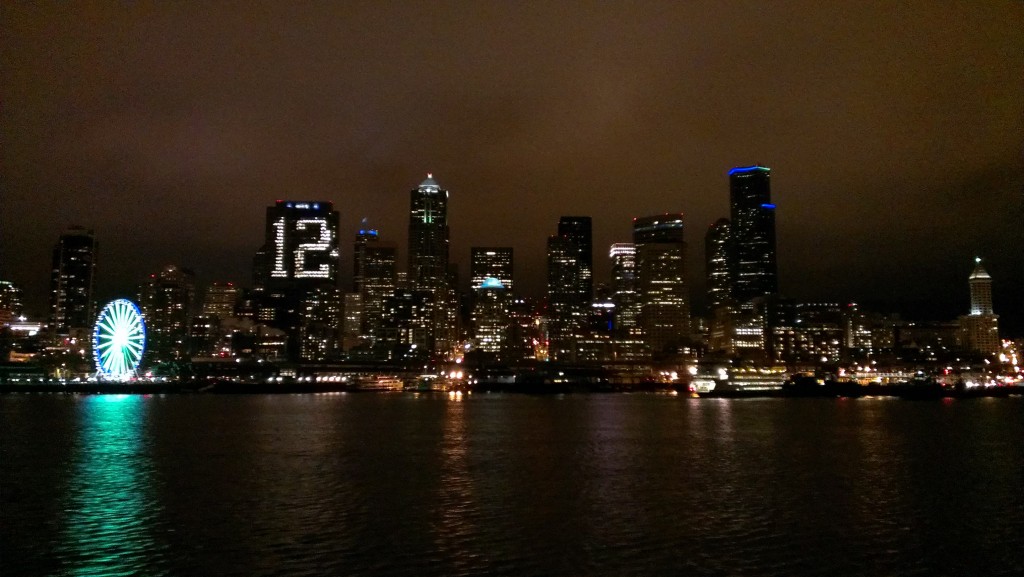 I don’t really care for football. In fact, I take issue with its non-profit status and insistence on public financing for private stadiums. But I do appreciate its contribution to a community spirit that has enlivened Seattle and the entire Pacific Northwest over the last few years (along with soccer, apparently). This spirit is shared by the people who live in this region, from the friendly Canadians to the hippie Oregonians. As with other challenges, we must move past Sunday’s heartbreak loss and forge ahead in making our home better for current and future generations.

The concept of Cascadia, a bioregion linked intricately with its economy and people, predates the Seahawks. There is something about our unique geography that has become ingrained in our culture and ties together the people who live here. Every day we share a misty blend of soaring mountains and inland waters, and iconic wildlife like the tall evergreen and silvery salmon. Our architecture favors warm timber, cozy social spaces, and views upon sweeping vistas. Modern civilization has nestled among the hills and forests only recently, and unlike other west coast cities our metro areas are relatively compact, giving rise to a very localized sense of place. Being somewhat isolated from the rest of the country makes us turn inwards and intrigued by local affairs. These factors have even prompted an underground movement to secede Washington and Oregon with British Columbia to form a new nation.

Recent writings have sneered at newcomers and enshrined what it means to be a Northwest native. We’re a hardy bunch, forgoing umbrellas and taking pleasure in a stroll among mossy pines or drifting across an alpine lake. And even if some of us are tied down, we like to know we’re only hours from skiing or pitching a tent on the beach, if we want to. We delight in comfort food and good company most of the wet and dreary year, and then move outside in droves during an explosion of festivities and celebration during the precious few summer months. Surely, only someone born here can appreciate the glory of blue skies and warm sunshine.

Our economy is also distinct. From aerospace and startups to microbrews and coffee, we take pride in local products and institutions that are the envy of the world. Seattle is home to one of the world’s largest fishing fleets and top research universities. We also treasure the agricultural products and landscapes of the eastern plains, even if our politics don’t align. But collectively we do lead on social issues, like equal marriage and the end of costly drug prohibition. Governmental partnerships foster a shared sense of purpose, and even a future vision of high speed rail between Vancouver and Portland. We also reap the bounty of inland wind and hydrological resources that cleanly power our cities and industries. The local food movement is evident in a growing variety of local farms, neighborhood markets, and the proliferation of urban agriculture.

The Northwest spirit is also visible at the neighborhood level. While Seattleites endlessly debate policy, we are some of the nation’s most active citizens. We vote, volunteer, and get involved wherever we can. Grassroots campaigns are taking the lead on safer streets and regional bike infrastructure, tackling homelessness, and environmental stewardship. We still have to work on thawing that Seattle Freeze thing, though, if it actually exists.

We’re socially resilient and endlessly optimistic. Even after Sunday’s defeat, I heard people cheering and chanting on the streets. “It was a hell of a season”, I often heard, and “there’s always next year” said a guy who came all the up from Oregon. Whether we lose in the legislature, see our homes swept away by landslides or wildfire, or lament the closure of beloved establishments, we have infinite potential in our ability to pick ourselves up and move forward to better things. Because if we don’t get the job done of making our home a better place to live, who will?

This article is a cross-post from The Northwest Urbanist, the personal blog of Scott Bonjukian. He is a graduate student at the University of Washington’s