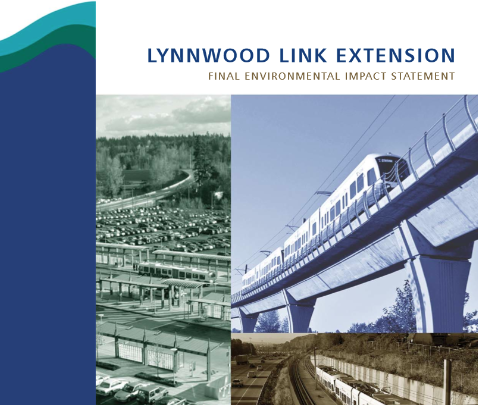 Now that Lynnwood’s FEIS has been published, transit nerds can get a look at the likely outcome for station locations, cost and alignment. Here are the big takeaways:

Here are the biggest quotes regarding 130th station:

Among the station pairing choices, alternatives featuring a NE 130th St station as part of a three-station configuration in Segment A (A5, A10 and A11, and an option for the preferred alternative) rather than two stations (preferred alternative, A1 and A3) would have more access points but longer travel times and higher costs. Three stations could add about 400 daily boardings in Segment A because some users in north Seattle would find the NE 130th station more convenient to use than the Northgate Station. While this is an increase in project ridership, it would not increase overall Link system ridership. Any three-station pairing would have about the same ridership and effects as any two-station combinations.

But then there is the current financial plan that still puts the two additional stations in jeopardy:

Sound Transit’s financial plan currently includes $1.322 billion for this project (as indicated in Sound Transit’s 2013 Transportation Improvement Program). Additional funding or cost reductions (including those that may be found through advanced design to reduce risk assumptions and related contingencies) would be needed for all of the alternatives.

ST2 was a $17.8 billion system expansion. Unfortunately, the Great Recession required Sound Transit to reduce their revenue forecasts through 2023 by 30%. That is probably why the current 2013 fiscal plan is $1.322 billion with the preferred alternative being $1.5 billion on the low end. With a greatly improved economy in the Central Puget Sound region, perhaps new forecasts will show more optimistic revenue collection. Our booming economy might just help get those stations on the final design as we march closer to 2023 and full ST2 build-out!