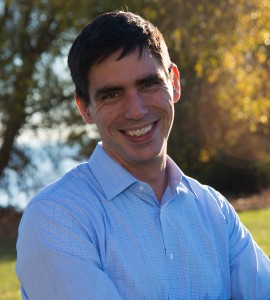 Michael Maddux billed himself as the absolute, right fit for District 4. As a single parent, a renter, and a member of the middle class, he overlaps with multiple constituents in the mostly north of the Ship Canal district. In his opening statement, he was keen to see investments made in people as much as in infrastructure. As a Councilmember, he would work to bring as many tools as possible to the reinvention of the middle class Seattleite.

Maddux noted that he would like to tap excess bonding capacity in the City to build affordable housing. In particular, he signed the Harrison Proposal for the Sisley properties on NE 65th Street. This proposal supports current zoning and targets the development to be a model of environmentally sustainable, affordable housing. He pointed out that, much like New Holly, there are ways the public can get involved to increase density as well as give people of limited means access to home ownership. As a quick fix to house those who are displaced and all the new arrivals, he would like to see a restructure of the ADU and DADU policies. He stated no strong opinion on linkage fees.

He explained that historically the expenditure of resources has been to more advantaged parts of the city. He expressed a willingness to address historical inequalities even if it should mean – in the short term – that his own district receive less City funding for projects. He is also a big believer in apprenticeship and pre-apprenticeship programs, like the one at South Seattle College, that build opportunity ladders to jobs. He noted that the good pay in the finishing trades compensates workers fairly and allows them to afford housing in the very city that they have a hand in building.

Maddux’s number one focus was on better design of previously poorly designed infrastructure. He absolutely agreed that the elimination of deaths on municipal roads has to be the City’s highest priority. He cautioned though that such a goal would not necessarily mean that all vulnerable users could be protected at all times. By way of personal anecdote, he added that he is primarily a bike commuter, so Vision Zero is always on his radar. Specifically, he would like to see Vision Zero goals implemented in connections between Wallingford and the U District. And he was also very interested in seeing the details, as they develop, in the Mayor’s Move Seattle plan. He called for a five-year review of all neighborhood plans so that growth targets could be adjusted, if they were met sooner than had been planned. He supports TODs and up-zones where appropriate. He sees parking lots as wastes of space and as the most natural place to target development opportunities due to the minimal amount of displacement that they require. He would also like to see development happen not necessarily on existing retail avenues, like what happened on Broadway. Instead he would like to see development happen one street back from the historic, retail corridor. He cited Davie Street in downtown Vancouver as the model for such development.

He was positively giddy about the Ballard Spur proposal by the group, Seattle Subway. The possibilities of moving so many people – between Ballard, Fremont, Wallingford, and the U-District – for a relatively small infrastructure investment would make connections much easier. However, in terms of what is afoot now, he was particularly interested in how the Metro restructure proposals improve connectivity between neighborhoods and job centers. He was also keen to see streetcar proposals connect to each other so that existing lines become more functional.

Read our interview with another District 4 candidate, Rob Johnson.