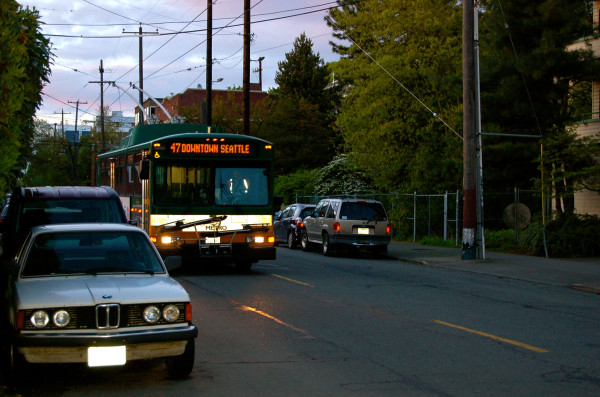 Local transit agencies are about to begin their June service changes and there’s a lot of good news to report. The big four Puget Sound ground-based transit agencies are all rolling out their shakeups beginning this weekend. King County Metro, Community Transit, and Pierce Transit will start providing considerably higher service level with the deployment of 157,000 combined service hours. Sound Transit is mainly revising schedules and select trips. In this post, I’ll walk you through all the key changes.

The Seattle service changes tackle all of the key areas that riders appreciate: reliability improvements, increased all-day and off-peak service, boosts in peak-hour services to manage overcrowding, and the reintroduction and addition of routes. New trips will be added to the all-day and off-peak periods to increase the span of service and increase frequencies where warranted. Metro will also boost peak-hour service and restore one route. Finally, reliability improvements will be made to a long list of routes by adjusting schedules.

These routes will see schedule adjustments to improve reliability:

The following routes will see the suspension of certain trips when the University of Washington and Shoreline Community College are not in session:

These suspensions will be in effect from June 15 through September 25.

Metro will launch new Community Shuttles thanks to partnerships with the City of Mercer Island and the City of Burien. These shuttles will be operated by HopeLink using DART vans.

New Route 630 will operate five weekday peak-hour trips in one direction between mid-Mercer Island and First Hill via Downtown Seattle. This is route is funded for two years by a partnership of Seattle and Mercer Island.

New Route 631 will operate on weekdays during the daytime on a nearly half-hourly basis. The route will connect Downtown Burien to its surrounding neighborhoods and circulate in one direction. Riders can call ahead for off-route pickups.

For a full list of the revisions, long-term detours, and other oddball changes, visit Metro’s comprehensive service change page.

Sound Transit will see a host of service changes for ST Express routes beginning on June 6 and 7:

For full details on the changes, see the Sound Transit service booklet.

Community Transit will see a significant boost in service thanks to increasing tax revenues and a 25 cent fare increase that goes into effect on July 1. The agency will deploy 27,000 new service hours across the network. 18,000 service hours will be focused on restoring Sunday and holiday service to select routes with the remainder improving weekday and Saturday services. Community Transit will also alter Route 280, add two commuter trips to/from Downtown Seattle and the UW.

16 routes will operate on Sunday and holidays*, which largely mirrors the Saturday network (Routes 115 and 201 being the exception). The span of service is route dependent, but the overall network will operate from 6.45am to 9.30pm. The for routes fall into three categories:

DART service will also be added and cover the same areas as fixed routes and schedules.

The following routes will see weekday and Saturday service frequent and span of service improvements as noted:

Community Transit will restructure service based on Highway 2 in the eastern part of Snohomish County. Route 270 will be revised to operate as an “express” service on weekdays from Gold Bar to Everett in the peak direction, morning and afternoon.  A new Route 271 would be added to provide better coverage to Monroe. New Route 271 will operate with limited stops from Gold Bar to Monroe and local service from Monroe to Everett. This service would operate seven days a week. As a result of this restructure, Route 275 will be deleted.

Pierce Transit is set to unleash 16,000 new service hours beginning on June 7. This service change will boost weekday frequency on select routes, restore some evening and weekend service, and deploy new Route 4. Like Community Transit, these service hours are brought to you buy rising tides of good sales tax revenue and other sources. 16 of the 40 Pierce Transit routes will see weekend service increases. Weekday frequency increases will be focused on Route 1, 402, and 500.

For full details on the changes, visit Pierce Transit’s website.