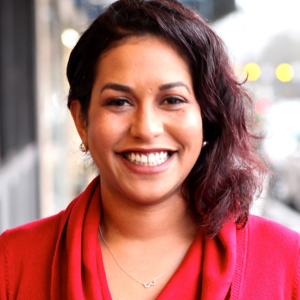 Brianna Thomas is running for Seattle City Council in District 1. She is the Field Director for the Washington Housing Alliance Action Fund and she lives near the junction in West Seattle. Thomas has been a community activist and organizer in Seattle for the past ten years and housing affordability is a key focus in her campaign.

Thomas was campaign manager for the “Yes for SeaTac” initiative to raise the minimum wage to $15 per hour. She also worked at Church Council of Greater Seattle, in the offices of Democratic Washington State Senators Steve Hobbs and Bob Hasegawa, and was campaign manager for “No On 1185.” Thomas graduated from University of Washington with a degree in Political Science.

Thomas shared a number of ideas in this area. She supports an affordable housing linkage fee and she also supports inclusionary zoning. She gave South Lake Union as an example of a recently developed community that could have been done better had developers been required to perform and build affordable units in that community. She would also like to see more family-sized housing units available as most units on the market are studios and one-bedroom units. And, she would like to look more closely at zoning rules and creative design.

Thomas explained that regardless of where people live in Seattle, when they are transit reliant, it can be difficult to get around: to get to work, to get food. There are parts of the city where it is especially difficult to get food because those neighborhoods lack grocery stores and bus service is infrequent or runs limited hours. South Park is a neighborhood she gave as an example where many people rely on public transportation but do not have easy access to a grocery store. Thomas sees focusing on more frequent bus service and longer operating hours as one possible solution.

Thomas does not see the goal as realizeable because of human nature. “It is an ambitious plan until we have computer-driven cars.” She does support strategies making it safer for people to get around by walking and biking. Some specific ideas she mentioned include: lowering speed limits, better traffic light timing, sidewalks and protected bike lanes.

Thomas sees zoning changes and building up rather than out as necessary. She noted that ⅔ of the city is currently zoned single family and questioned the environmental sustainability of a 6,000 sq. ft. lot housing two people when it could be zoned to house more people. She would like to see density created in a way that acknowledges the disparities that currently exist. She also expressed concern with the Neighborhood Conservation Districts proposal.

The West Seattle Bridge increasing commute times for all users was Thomas’ choice for most important project. She also mentioned the need for an east-west bus connection between West Seattle and Beacon Hill, increasing Rapid Ride C access to under-served communities, and expanding evening service hours for the Route 22.

Read our interview with other District 1 candidates Shannon Braddock and Lisa Herbold.