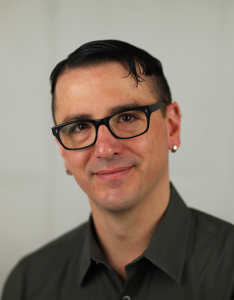 Gus Hartmann is a Google engineer and political newcomer, running for the first time in District 7. He’s lived in the district for 13 years and has a passion for well-run cities. He believes his experience in the tech industry makes him a good match for the district’s quickly changing demographics and wants to see Seattle successfully grow into a big city.

When asked this question, Hartmann said he would rather see more guaranteed affordable units, than paying into a fund. This might mean requirements to build units in specific areas because it’s more valuable to have permanently affordable units in neighborhoods than it is to have a large affordable housing fund. He also noted that transit plays a critical role in affordability, expanding the affordable areas of Seattle with access to jobs. He specifically mentioned that he likes streetcars because they are more permanent investments and people can rely on the transit lines existing in the future.

He noted one way the city could achieved affordability is to expand the footprint of what ‘feels like Seattle,’ or the urban areas of the city. As an example, he pointed to how light rail made Columbia City more accessible. Since it has the feel of an urban area it is a good alternative for people that want this type of neighborhood, and it is seeing growth, development and investment. This is the same as reduced housing costs for people seeking an urban area but couldn’t afford other parts of the city. He didn’t overlook the drawbacks though, acknowledging displacement and saying, “displacement can be mitigated but not eliminated.”

Development, transit policy and planning are not separate issues when it comes to inequities. Hartmann noted that bad efforts in any of these disciplines are responsible for isolated and impoverished neighborhoods. Poorly connected areas reduce desirability, leading to less development and investment. Ultimately, this creates a vicious cycle in which marginalized communities don’t see the investment that is needed and then are continually reliant on bad transit. But if new investment and development don’t take into account this dynamic, growth can displace people.

Hartmann said that Vision Zero was achievable some years but not all and it is a ‘laudable’ policy. He went on to note obstacles to Vision Zero and specifically mentioned at-grade light rail in Rainier Valley. This design is not conducive to Vision Zero because people make mistakes and it might take ‘a generation’ for people to get used to transit. Another obstacle he mentioned was that Seattle has a much more car-dependent culture than Sweden, where the policy was first pursued.

He praised aspects of the policy, for example lower speed limits. He said that people are much more likely to survive collisions when the speed of a vehicle is 25 as opposed to 30.

His primary observation was that a better job needs to be done identifying where growth would be good. He discussed South Lake Union, comparing its current state to what it looked like previously, and noted that hardly anyone would think auto dealerships were a better use of downtown land. One idea he mentioned was for the city to identify brownfields that could be redeveloped. This could be used to expand the area that feels like Seattle. He’s a big fan of mixed-use neighborhoods and points out this is largely necessary to get the local businesses that everyone loves in Seattle.

He talked a little bit about specific areas that might be prime for growth, pointing south towards the industrially-zoned area of the city. He says many of these areas could likely be better used, for example areas around SODO, but also acknowledged the political pushback that would likely be seen from the port. As the pressure to build more housing grows, this political battle will likely become easier.

Hartmann immediately pointed to the Westlake Cycle Track. He said he strongly dislikes the current design that crams pedestrians and bikers into the same, small space. Additionally, the path has many areas that are completely unusable for people who bike due to old railroad ties. When asked about the tunnel, he said that it is a ‘complete nightmare for the seventh.’ He said the viaduct is ultimately going to go away but the people who currently commute and use downtown exits get basically nothing from the tunnel.

Read our interview with other District 7 candidate, Sally Bagshaw.