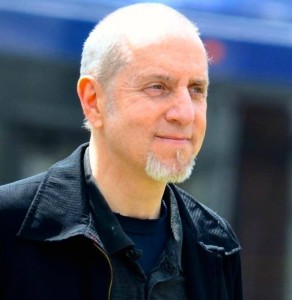 Bill Bradburd retired from a career in technology and moved to Seattle where he lives in the Central District.  He is a dad, a musician and an artist and he has been a neighborhood activist for the past decade.  Most of Bradburd’s activism has been around land use where he is interested in affordability and gentrification.  He was also one of the organizers of the district elections campaign that passed in November 2013 and made possible the new district elections being held this year.  Bradburd considered running in District 3 where he lives, but choose not to due to his support for and relationship as an advisor on land use issues to Councilmember Kshama Sawant, who is running in District 3.  Instead, Bradburd is running in the race for city-wide Position 9.

“I don’t think you can make housing affordable, but you can make affordable housing.” Bradburd sees that housing in Seattle is expensive to build and he expects that housing prices are not going to decrease until the economy slows down.  He attributes part of the increase in housing costs to new, highly-compensated high tech workers who are moving to Seattle and who are able and willing to pay higher rents than blue collar workers and other lower-paid workers who are competing in the same housing market.

Bradburd says that he would like to see more new housing units built, especially units that are family-sized and that are subsidized for workers who earn wages lower than those usually targeted through programs such as the Multifamily Property Tax Exemption (MFTE) Program.  He would like to see a special focus on building units for those making in the 30 – 50% range of area median income (AMI). Bradburd is also concerned that Seattle is running out of available units for renters using Section 8 vouchers and that the new ability of developers to utilize the MFTE for micro-housing will result in too many micro-housing units being built at the expense of much-needed family-sized units.

Bradburd’s perspective is that all policies in Seattle are ultimately about land use and zoning.  He asks, “How do we do build in a way that is socially equitable and does not have a negative environmental impact?”  Seattle was historically a blue-collar town and it is transforming into more of a high-tech town. Bradburd is concerned that we need to preserve our industrial lands for the blue-collar jobs they support.

Bradburd is also concerned about how Seattle approaches in-fill development, especially when the city does not adequately educate neighborhoods about the impact of rezones and when lower-income residents are displaced. Bradburd would like to find ways to do in-fill development without rezoning.  An example he gave was allowing homeowners to add mother-in-law units to their homes.  He sees this as an opportunity for homeowners to get additional income and participate in the economic upside of density without having single-family homes torn down and replaced with townhomes. Another related idea that Bradburd mentioned is the formation of land trusts for owning land on which new multi-family housing would be built by public or private developers.

Regarding transit policies, Bradburd believes that Seattle transit systems have not been equitable to the poor.  He would like to see the city buy more hours from Metro and would look into the possibility of locally-owned jitney services to provide transit around light rail stations. Bradburd believes that bad choices have been made when determining transit stops and light rail alignments. For example, Bradburd would have chosen a Route 99 alignment for Lynnwood LINK rather than the selected I-5 alignment.  He believes that an I-5 alignment should be used for high speed rail and not for local light rail stops as is planned in Lynnwood LINK.

Bradburd thinks the target is “not realistic” but he agrees with the objectives of Vision Zero. Bradburd noted that Stockholm, where Vision Zero was founded, moved out their target date to 2050. Bradburd would vote for safety improvements when he could, but instead of the Vision Zero plan, Bradburd would like to see the Seattle Department of Transportation focus efforts and limited funds on the goal of getting people out of cars. Bradburd is concerned that car ownership and congestion in Seattle continue to rise. “We can’t put more people in the city if we’re putting them in cars.”

Bradburd would focus on more localized mode shifting such as encouraging walking and biking to schools to reduce what he understands are the 30% of rush hour road trips generated by people taking kids to school.  If infrastructure investments such as new sidewalks are needed to achieve these goals, he would make them.  He would also look at ways to encourage local amenities that allow people to stay within their neighborhoods for work, shopping, and recreation. He would look at land use and zoning as part of this work to allow people to do much of their activities within their own neighborhoods and to not need to drive.

Bradburd is concerned that too much development has occurred in some areas of the city while other areas could take on additional development. “Put a tarp on Capitol Hill and Ballard and let those areas become areas of stability.”  He would designate new urban villages and provide land use changes, transportation, and other investments along with new development. In the new development, Bradburd would focus on strategies to accommodate affordable housing. He would use linkage and impact fees as tools to help slow growth in neighborhoods like Capitol Hill and Ballard that have taken on significant growth.

Bradburd went through a few more thoughts on land use including: He believes that the King County Buildable Lands Report shows that there are plenty of places to build in the urban villages.  He wants to make sure that new development or infill housing is gentle to existing neighborhoods. He would remove fees and parking requirements associated with mother-in-law and detached accessory dwelling units (DADU) and would also look at subsidized financing of both. Bradburd would like to see 25% of new housing generated through mother-in-law and DADU units.

Bradburd is also a “big fan” of city-owned housing.  He sees that non-profit developers cannot produce housing fast enough for the current need.  He would like to look at opportunities for for-profit developers to use city financing and to build on city-owned or land trust land. Bradburd is less inclined to look at rent control as it is currently illegal under state law. Bradburd also noted that a large portion of rental units are held by small owners.  He is concerned about inflow of capital markets funds causing people to flip. With this in mind, he would work to protect small rental housing owners.

Bradburd started by noting that a lot of attention has been given to changes on 23rd Avenue E and that he is not happy with the plan so far.  However, he did not go into detail about what he is unhappy with or what he would change.

The bulk of Bradburd’s discussion focused on the new LINK Light Rail station planned for I-90 and Rainier Avenue. Current development around the new station is low-density and Bradburd identifies current residents as low-income. Bradburd is concerned about displacing those current residents. He is also concerned that much Seattle station-area planning has been focused on high density at station areas. “TOD does not mean ‘transit adjacent development.’”  Instead, Bradburd wants to see focus on complete communities when planning station areas, including schools, shopping, and cultural amenities.  For the new I-90 and Rainier Avenue station area, Bradburd would not do large rezoning and he like to see a park focus. He envisions a station that downtown Seattle and Bellevue office workers could visit at lunch or at the end of their workdays.