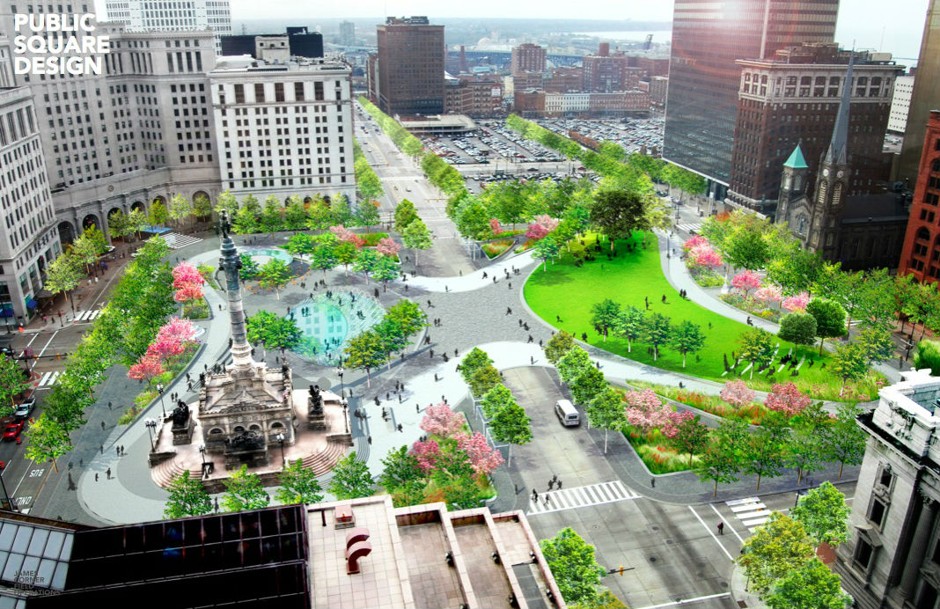 Regional growth: Seattle Transit Blog gives a comprehensive rundown of growth around the Central Puget Sound. It appears that people are choosing Seattle and the Eastside in droves.

PDX goes chic: Snøhetta has been picked to design the city’s new public market in Downtown.

All about Cleveland: Taking cues from Europe, Cleveland is planning to kick cars out and make a cohesive public square a usable space for people. Meanwhile, Millenials are driving new vitality back to Cleveland.

Be Parisian:“A city where you’re surrounded by hubbub, abandoned to cars—that isn’t a [real] city.” Paris is taking seven grand public spaces and making them even more pedestrian-friendly.

Maps of the Week: The progress of marriage equality in one map GIF, where Europe spends the most on rent, how maps can lie, where the couch potatoes live in the US, and the big population shifts taking place across Europe.

Move it, move it: Seattle Bike Blog shares the latest details on the Move Seattle levy.

Going purple: It looks like DC will get its circle line (the Purple Line) after all, although Baltimore’s Red Line gets the ax.

History lesson: How the Fremont/Wallingford grid of today came to be at the expense of walkability.

Streets for all: Filipinos march to their Supreme Court and demand that half of all streets be given over to pedestrians, bicycles, and transit.