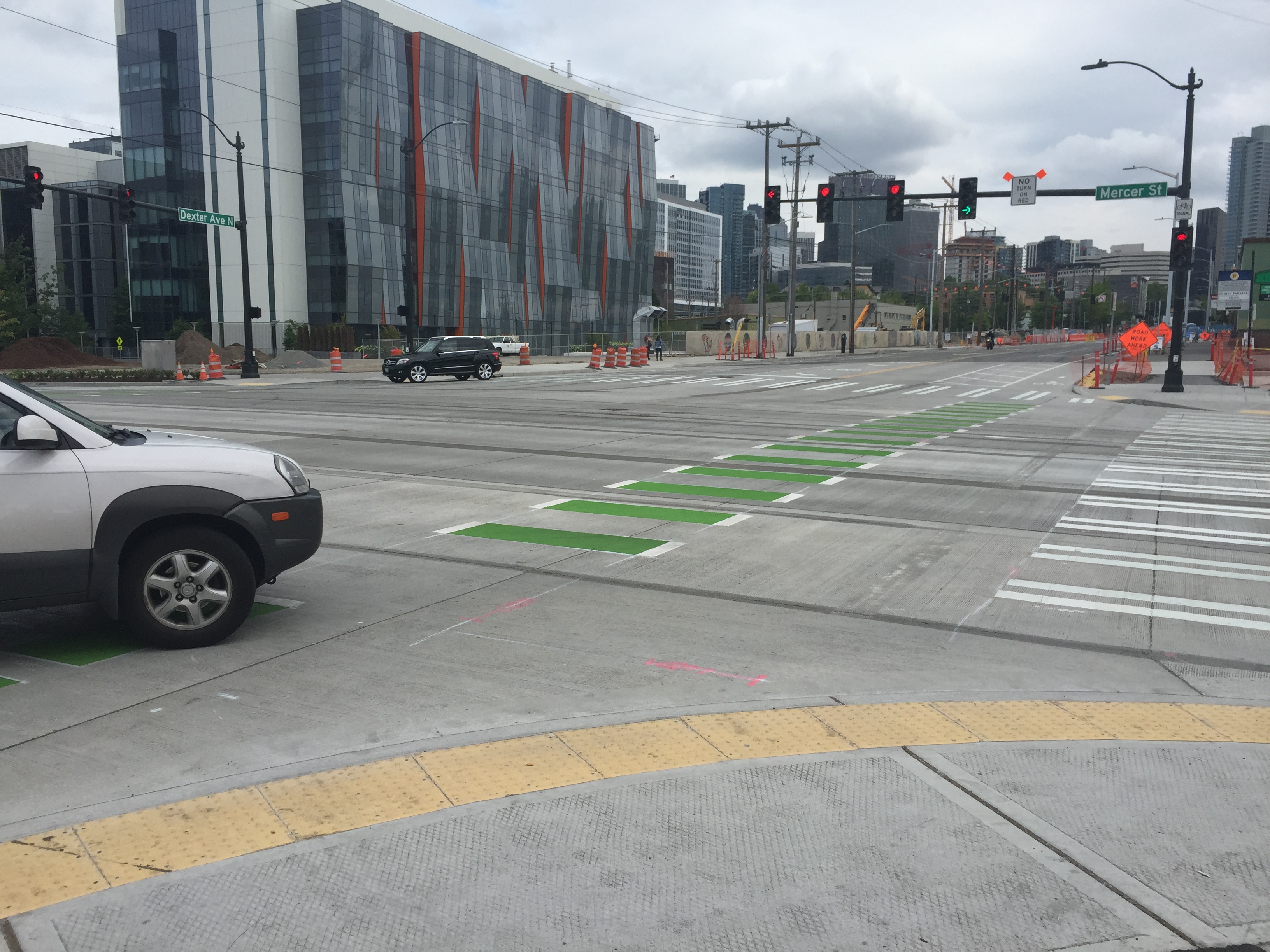 The Seattle ROWIM or Right Of Way Improvement Manual may be the most important acronym guiding the development of Seattle streets today.

How wide are sidewalks required to be? Where can driveways go? What sorts of street lighting do developers need to provide around new condo buildings? These questions are always important, but they are of critical importance now.

You might be forgiven for not knowing that more than 10,000 housing units are in the works in Seattle and $2.8 billion worth of projects are under construction, but you have been sleeping if you have missed the 40+ big cranes massively  transforming our city in Ballard, U-District, South Lake Union, First Hill, and downtown.

Fortuitously, Seattle is also mandated to do a 10-year update of its Right of Way Improvement Manual.

The current ROWIM was written before there was much attention paid to bikes as transportation, parklets, street furnishings, or safe and healthy street architecture for people who walk. Note that the Seattle Department of Transportation (SDOT) will also be updating its Complete Streets Ordinance as it updates the ROWIM.

The City of Seattle hired the Toole Design Group as a consultant on the project and expects to complete the ROWIM update as a web-based on-line document by the end of 2015. Expect the new and improved Seattle ROWIM to have some of the same flavor of Boston Complete Streets Guidelines that Toole worked on last year. We hope to see lots of new street typology in the ROWIM — greenways, historic boulevards, protected intersections, festival streets, play streets, home zones and maybe even the elusive woonerf.

A group of Seattle people who are passionate about the wonky aspects of streets began meeting in December of 2013 to discuss the ROWIM. The group represents people in Seattle who serve on City Boards & Commissions, people who staff active transportation advocacy groups, students, and interested community members. They met because they all believe the ROWIM has the potential to reflect the aspirations of a Vision Zero, carbon neutral, equitable, healthy city that prioritizes people who walk, bike and use transit.

This is a cross-post and originally appeared on the Seattle Neighborhood Greenways blog.