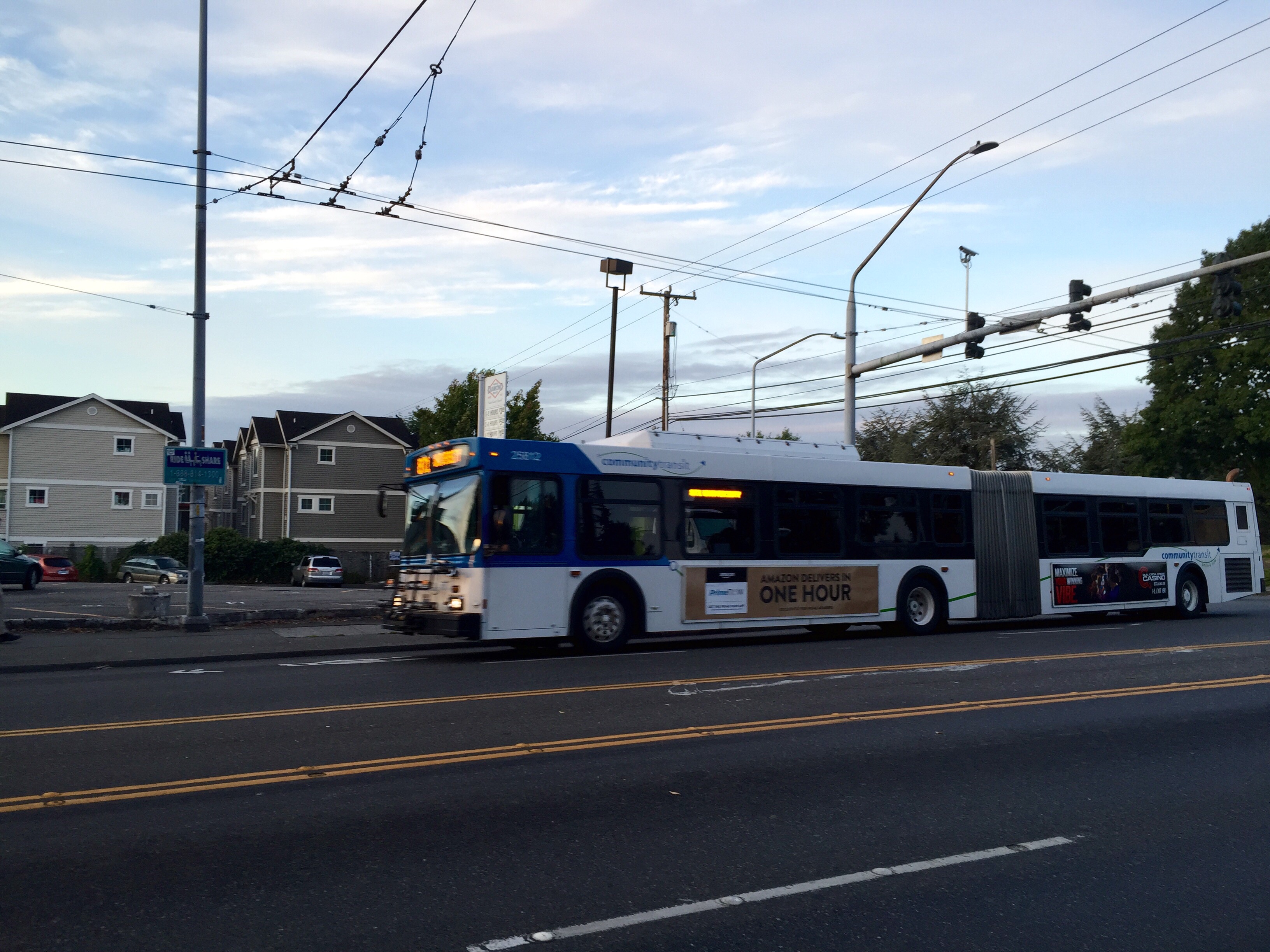 Traffic congestion on I-5 between Seattle and Everett has skyrocketed over the past few years with commute times now up more than 25%. Many have attributed this to the buoying local economy, which has increased the demand for housing in Snohomish County and jobs located in areas southward. Despite access to HOV and express lanes on I-5, constant traffic delays have cut deep into the reliability of Community Transit’s commuter bus network between Snohomish County and Seattle. But the agency now has a plan to improve service for passengers, which will begin later this month.

Community Transit will allocate $2 million dollars towards schedule changes in order to improve on-time performance. The agency says that 23 routes — mostly commuter routes — will received schedule padding in the upcoming Fall service change. Funding for these service improvements derives from money originally earmarked for expenditure in 2016. That money was already planned to be spent on similar service improvements, but is instead being released early.

The schedule changes mean that some bus trips will start earlier than they do today. This won’t reduce the length of trips, but it will build in more buffer and recovery time for operators. Community Transit says that the average Everett-to-Seattle trip time will “increase” about 10% end-to-end, but that will largely depend on when and where the bus trip begins. A major benefit from these changes are more reliable return trips as routes make their circuits north and south. With more time built into bus trips, Community Transit can ensure that the same level of frequency and total trips can be maintained across the commuter network. The agency hopes that this will result in less delay to passengers and give them higher confidence in service.

The problem is dire

Commuters between Snohomish County and King County know how woeful daily traffic is; they ride and it drive it everyday. But to truly visualize how awful the corridor commute can be is a completely different thing. Tim Ellis, a regular bus commuter from Everett to Seattle, documented his daily trip times over the course of three years. He published his findings last year and this is what he had to say on the commute:

Since late 2011 I’ve been logging the time at fourteen points along my way to work in the morning and on the way home in the evening. Using this data set, I can visualize my commutes to see if the last few weeks have seen anything truly out of the ordinary.

The plot below has a blue dot indicating the time between boarding the bus in Everett (at 34th & Broadway or 38th & Broadway) every morning and disembarking on one of the first stops (Stewart Street) in downtown Seattle. Orange dots represent the time spent on the bus in the evenings going the reverse direction. The lines are a 30-day rolling average. Ellis’ charts unequivocally affirm the need for service changes that Community Transit is making and reflect the increasing congestion on I-5. Padding bus schedules will go a long way toward making long-distance routes perform better, but they aren’t the ideal solution. Policy changes like variable tolling, HOV+3, and HOV lanes between Northgate and Downtown Seattle would go much further than the solution Community Transit intends to implement. Unfortunately, all of those are out of the agency’s hands.

Where the investments will be made

Community Transit is targeting the $2 million for service improvements across 23 routes: 6 commuter routes to the University District, 17 commuter routes to Downtown Seattle*, and 2 local routes between Edmonds Community College and Lynnwood Transit Center. Local Routes 115 and 116 are slated to receive service improvements because they have experienced higher passenger volumes and increasing delays; trip time increases on the routes will be about 10%. The agency attributes bus delays to traffic at Alderwood Mall, particularly near the start of the school year and during the holiday shopping season.

Community Transit will also make a minor adjustments to trip time and routing of Route 240. The route serves communities between Stanwood and Arlington (Smokey Point). The most noticeable change for riders will most certainly be the Stanwood tail. The tail will no longer loop itself (see the before and after below using the slider).

The new service investments go into effect on September 27 with the remainder of the Fall service change. All new schedules are now available online.