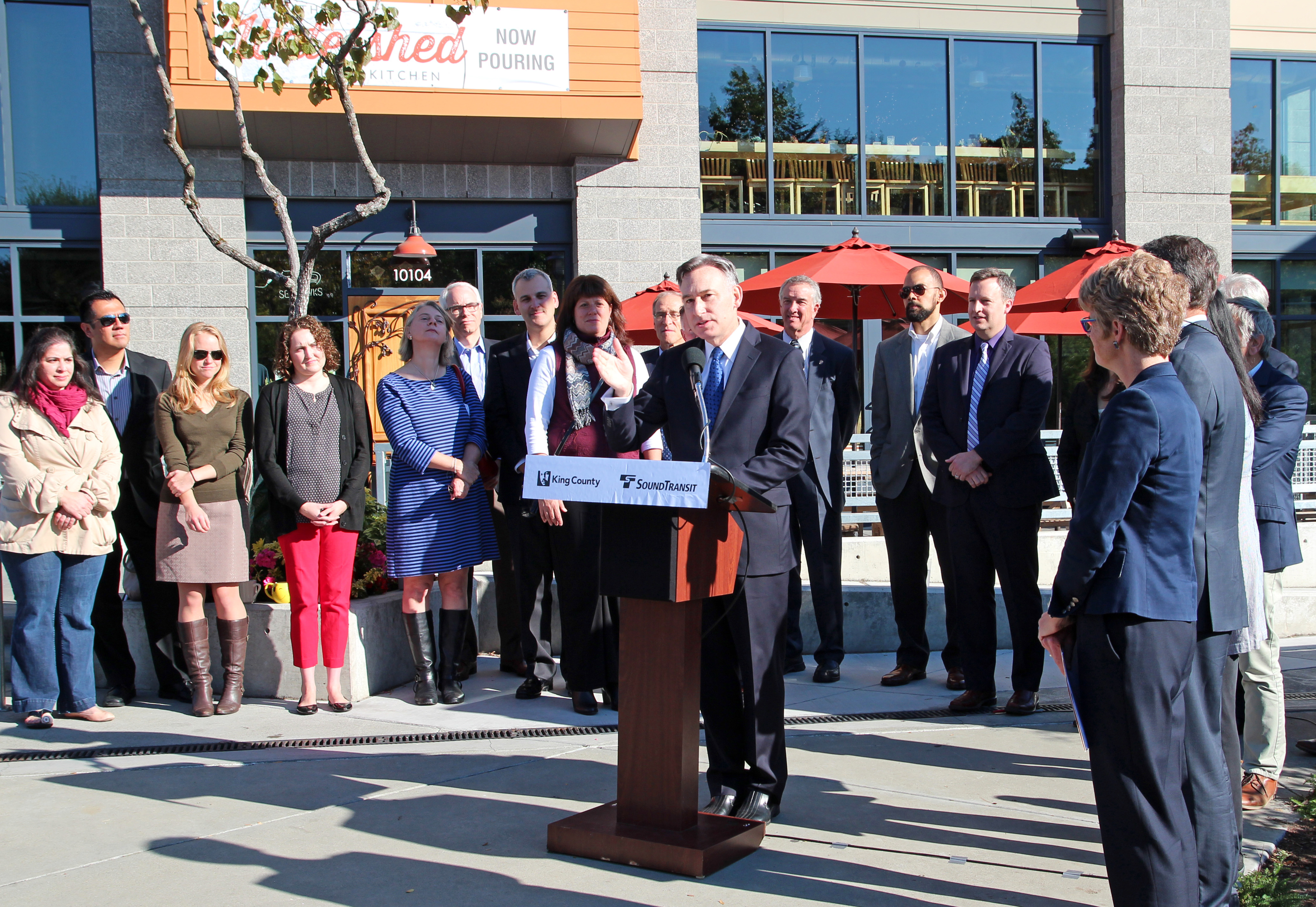 Transit centers across the region could see a huge boost in affordable housing over the coming years. Under a new regional initiative, some 700 affordable workforce housing units could be developed on or near light rail stations. King County Executive and Sound Transit Board Chair Dow Constantine revealed the $83 million plan yesterday. A central goal of the initiative is to create walkable and economically diverse communities around light rail stations.

The initiative is essentially a cooperative program that will be developed between King County and Sound Transit, although it’s likely that other regional agency partners will be involved as it progresses. The Executive’s initial plan identifies three potential funding streams:

This initiative is in line with work that King County and Sound Transit are already doing. Many affordable and mixed-income transit-oriented development projects have been completed by the two agencies in recent years, including: Redmond Downtown Transit Center, Renton Metropolitan Place, Thornton Place at Northgate, and Village at Overlake Station. But more is also on the way with projects at South Kirkland TOD, Capitol Hill Station, Othello Station, and Northgate.

Affordable housing units under the program could begin to become available to individuals in the next two to five years. As this initiative unfolds, the Executive will work with the King County Council to determine where the housing investments go.

*Sound Transit must contribute at least $4 million annually over a 5-year period to fund affordable transit-oriented housing with contribution beginning by the third year.

**Under state law, affordable housing must be provided to those making 80% of the area median income or less.

***Based upon the $90,000 average unit cost estimated for King County Housing Bonds and REDI Funds.