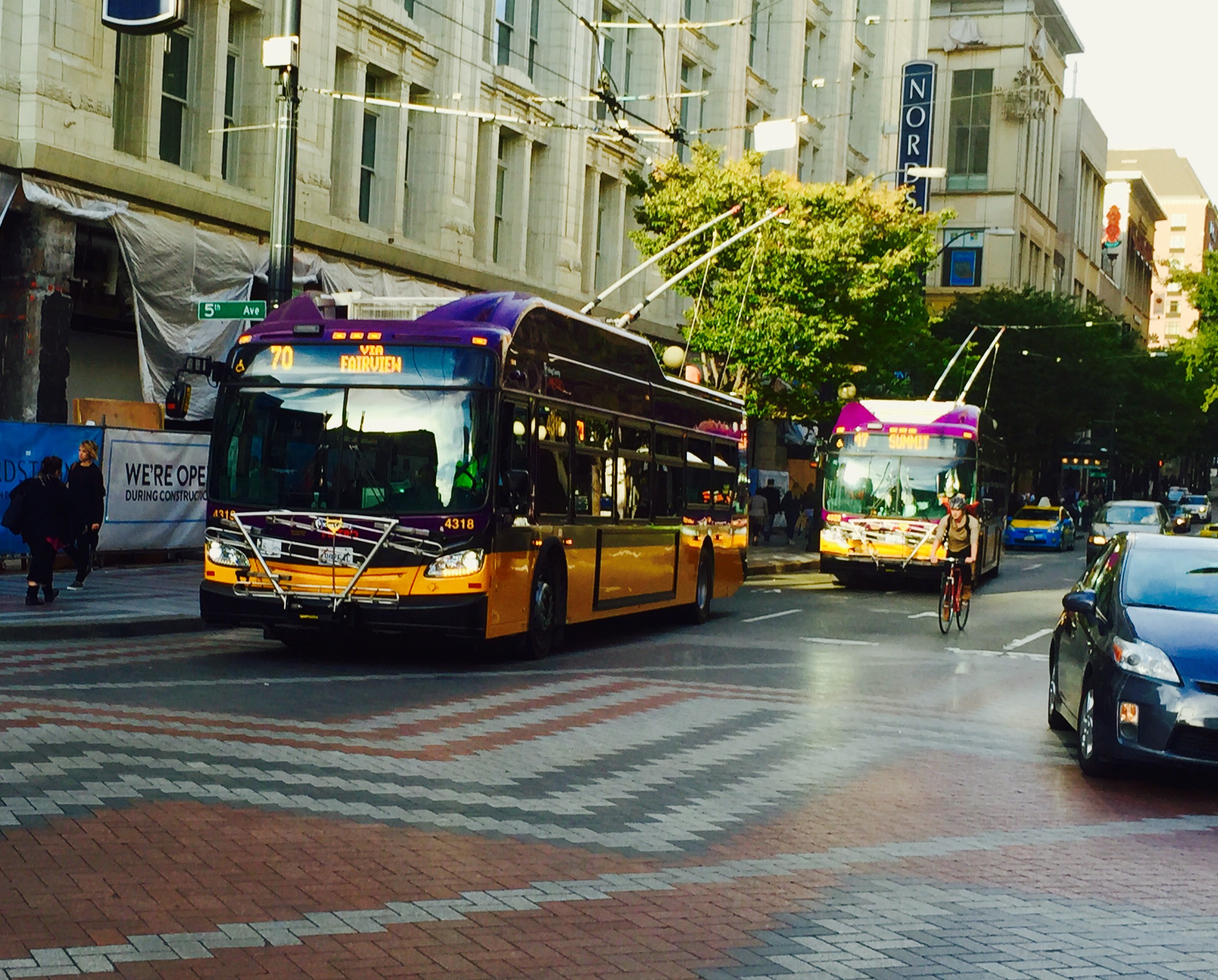 The improvements would save an estimated 15 seconds per trip. In aggregate, this brings about 5-6 minutes in reduced travel times per hour during the AM peak and 8-9 minutes during the PM peak. While these savings may seem modest, the larger benefit comes from ensuring reliability when the fragile downtown grid breaks down. Like HOV lanes on crowded freeways, bus-only lanes offer smooth sailing through bumper-to-bumper traffic.

People driving and walking wouldn’t experience any change in travel time. But people biking, who would have the option of using the new, less-crowded lane, will see faster and safer travel. My casual observation from walking along the route every morning suggests people biking already prefer the right-hand lane used predominantly by buses for this reason.

This move is part of a broader effort by the Seattle Department of Transportation to increase the reliability and efficiency of the downtown grid. Other projects include the existing bus-only lanes along 2nd Ave, Pine St, and 4th Ave, the City Center Connector streetcar, the Center City Bike Network, and the Third Avenue Transit Corridor.