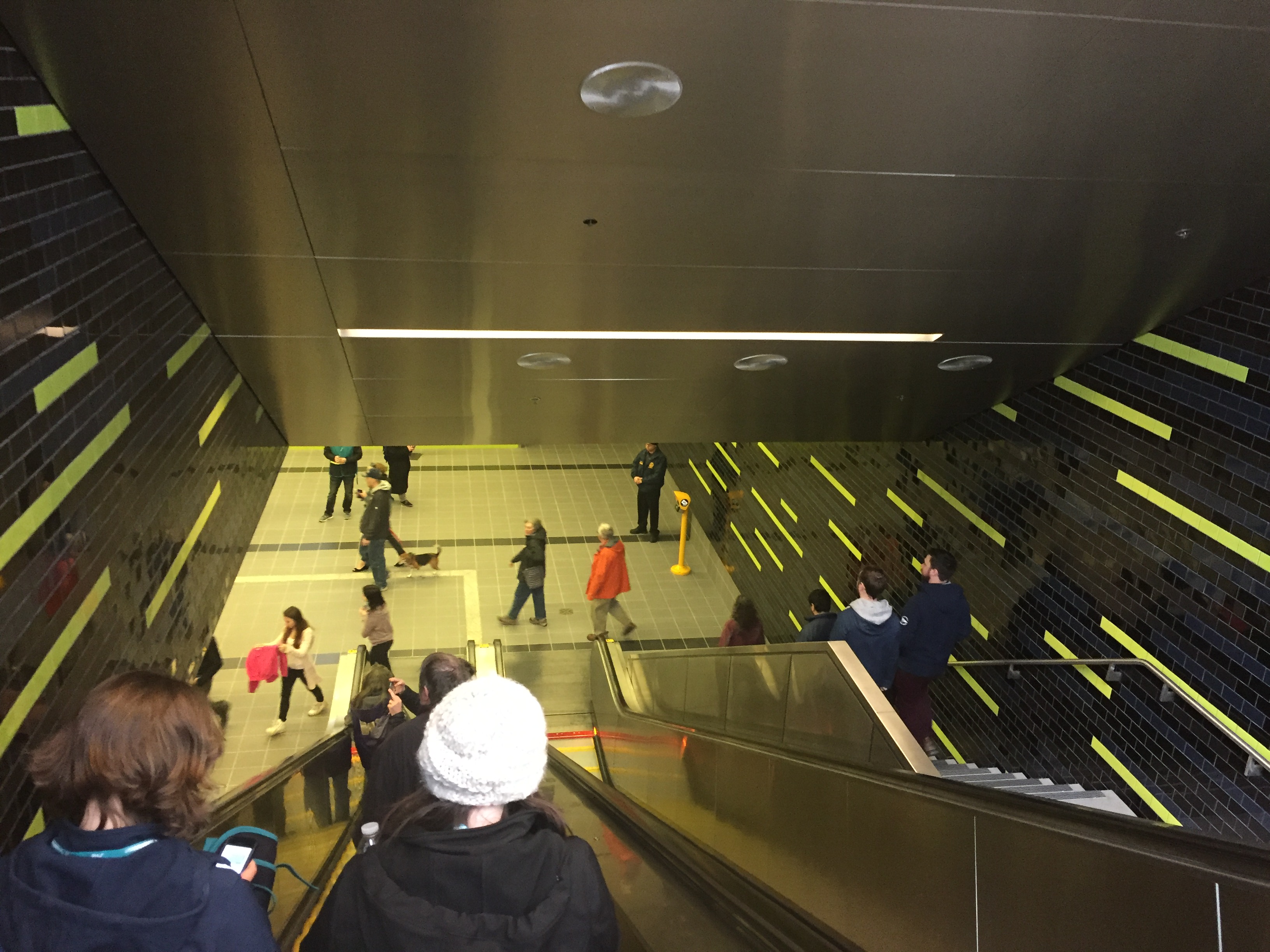 Other light rail news: With the opening of the University Link extension, ridership on Central Link soars to new heights. Starting next week, Sound Transit will add more capacity ($) on the line to alleviate the crowding (bring on the crowding!). The Judkins Park Station will break ground in mid-2017. And Pamela, one of tunnel boring machines, digging the Northgate Link extension broke through at University District Station on Thursday.

Lawyered up: The Washington State Convention Center has been slapped with a $24 million lawsuit over dropping contractors for their expansion project.

Plan for all communities: Why race matters in planning public parks.

Grab the coloring pencils: Here’s a coloring book for all who love architecture.

#StreetFight: Missed out on Janette Sadik-Khan’s visit to Town Hall this week with Mayor Ed Murray? We’ve got tweets so you can relive it!

Agreement: The Tacoma Amtrak station is getting built after all.

Local parking crater: Federal Way has the honors of knocking out Montréal in Streetsblog‘s annual Parking Madness competition, which they affectionately describe as “an annual hunt for North America’s worst parking craters.”

New neighbors: 247 new apartment units with retail are planned in the Little Saigon neighborhood of Seattle.

Under investigation: Scott Kubly, the director of the Seattle Department of Transportation, has been hit with an ethics complaint and investigation.