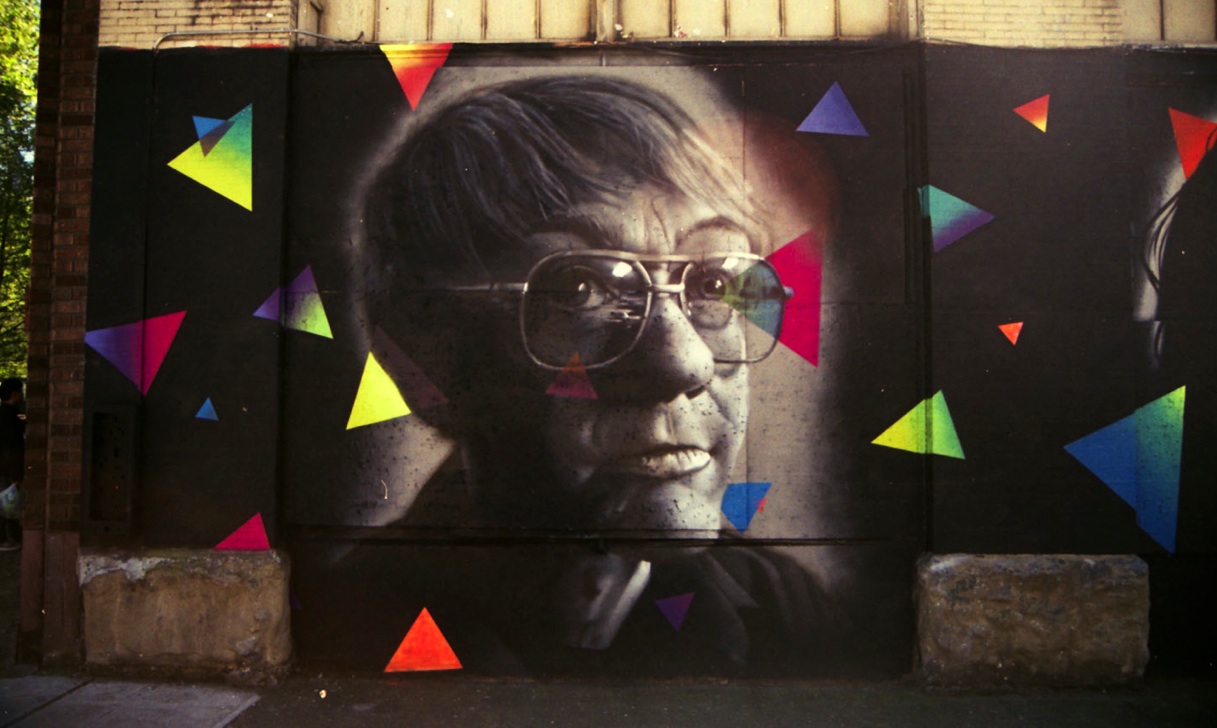 “We wanna go forward, not backward! Works better that way,” I muttered to myself and anyone listening. I prefer when the bus rolls forward. We were doing the famed (in my head, anyway) midnight trip on the 7, headed out to Rainier Beach. The traction motor kicked in, and all was well. “Alright, time to to go home!”

“Ah heard that!” grunted the elderly gentleman to my right. Above his thick white grizzle of a mustache were two clear blue eyes, still piercing, alive, ever studying the world around him. Never too late to learn. Some faces intrigue with beauty or charisma. It was his attention to his surroundings which drew me; here was a man who stayed open. He’d been watching me from the chat seat, and I hadn’t known how to strike up conversation. Now was the perfect opportunity.

“How was your day today?”
“So so.”
That could mean so many things. “Right on.”
“I sell Real Change,” he explained, somehow reading the inquisitiveness in my mind.
“Oh, where at, where’s your spot?”
“Corner a Fourth and Pike up there.” Imagine his gravelly bass voice, decades of wisdom, cigarettes, or both.
“Oh. That’s a great spot, high profile.”
“Yeah, I been there thirteen years.”
“Oh excellent! That’s a tough gig. Though you would know better than I,”
“It takes a lot.”
“I got a lotta respect for the folks down there.” I spoke on my involvement as a volunteer there, and my making the 2013 Vendor of the Year film for the organization. “Willie’s great. Tricia’s a doll. They’re great people.” He concurred. I marveled at how long he’d been selling. “Thirteen years!”
“Yeah, that used to be Rite Aid there on the corner,” he said, wistfully. Yes, we were getting wistful about Rite Aid! “I’d flirt with the ladies.” He added almost sheepishly: “that was a long time ago!”
“There’s a way to do that diplomatically,” I smiled back. He seemed like the diplomatic type.
“We had fun.”

Isn’t it a wonderful thing to witness, the gradual freeing of a personality, layers peeled back willingly, as a person gets more comfortable? The body and soul realizing, this is a friendly space. He wanted to share further, trusting I’d be interested. I was.

“Hey,” he said, “they’re having this photo exhibit of Real Change vendors goin’ up at City Hall.”
“Oh great!”
“And I’ll be among them. Forty-five portraits or so–”
“I’m so glad they’re doin’ that–”
“Woman by the name of Susan came and took my picture today,”
“Oh how was that?”
“Went real well!”
“I’m talkin’ to a celebrity right here!”
“Well,” he enthused, leaning forward, “you know, Robin Williams came by once.”
“No way!”
“Yeah, he bought the paper. We got to talkin’ about bicycles. He was always really into bikes,”
“Okay,”
“And he said, ‘lemme see if I have some real change.’ Diggin’ in his pockets, you know.”
“Yeah. Wow. That makes me think highly of him, that he bought the paper.”
“Yeah well, he was always pro-homeless.”
“Ugh, that’s great. That’s great. Some people just really get it.”

He pointed out his home as he prepared to leave us. “I live over there. I got on four years ago, been there three and a half years.”
“Congratulations. That’s a big deal!”
​His blue eyes twinkled in the darkness as he replied. “Oh, you know it!”