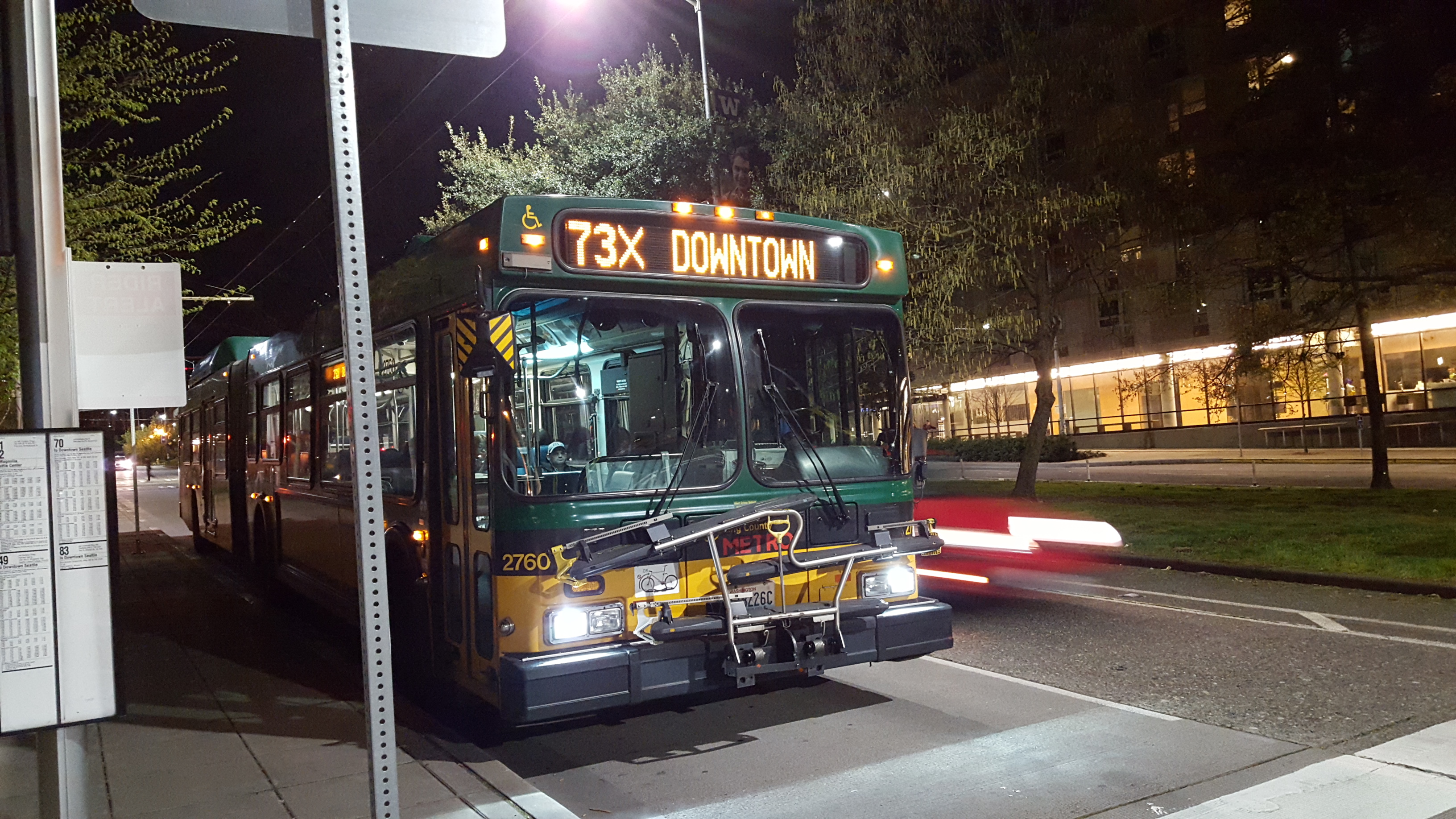 On Saturday, one week after two new light rail stations opened in Seattle, King County Metro implemented its major service change intended to more efficiently connect people with the stations. The changes consist of new, revised, and deleted routes mostly north of the Ship Canal but there were also a few changes that effect riders in the Capitol Hill and Central District areas. With this post I’ll give a quick rundown of the changes and offer an ode to the 71/72/73, which have ended their reign as the workhorse routes between northeast Seattle and Downtown.

Metro, Sound Transit, and the Seattle Department of Transportation (SDOT) began planning the bus route changes over a year ago. The goal is to reduce or remove bus service that duplicates light rail service, and to take advantage of light rail’s much higher on-time reliability and passenger capacity. With Metro taking the lead, the agencies began a public outreach campaign and formed a Sounding Board of 25 Seattle residents who made specific route suggestions and provided feedback on different alternatives. I was on the Board and made series of posts on the process.

King County Metro has a webpage detailing all of the bus route changes by area and by specific route. Here is a summary:

The deleted routes either had low ridership or duplicated the other new and revised routes and new light rail service.

The success of the network restructure will greatly depend on the promised ease of transferring. With consolidation, some riders have to lose one-seat rides to their destinations but that will be ideally balanced by short waits for a second bus. These two factors — frequency and geographical coverage — are what transit planners balance on a daily basis. This flip towards higher frequency is perhaps the largest service change Metro has implemented in years.

Again, for much more detailed information head over to Metro’s website. Seattle Transit Blog has also covered the changes extensively and made a brief post about them last Friday, and in all likelihood they will report on how the new network is working over coming months.

This is part 1 of a two-part series. Part 2 will be posted tomorrow.