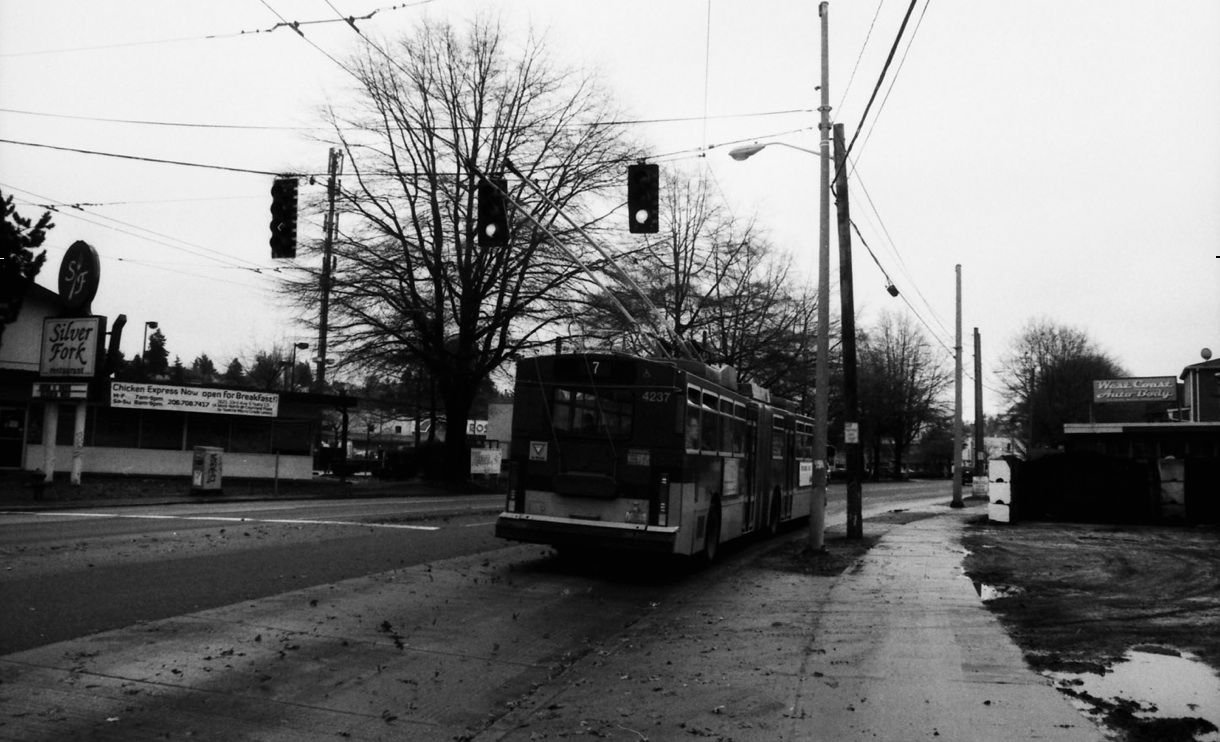 Tran’s telling me an anecdote from earlier in the day. Have I told you about him? Tran’s the scruffy Vietnamese guy who knows all about cars, a mechanic in another life or maybe still, and whose sister runs the restaurant on the corner. Despite his repeated and patient coaching, I definitely can’t pronounce the restaurant’s name, but what I can say is their Vietnamese fried rice is the best in the state. Tran brought me a plate once, on some improvised styrofoam. I was in heaven.

Tonight he’s dressed as usual– dark sweatshirt and dark work pants, clothes you don’t mind getting grease and oil on, his hands the product of his trade, crusted and grimy. He’s very personable, easy to talk to. Certain people, in the impression they make on you, overwhelm their own physical appearance with sheer magnetic force of personality. His scrappy, frankly vagrant look doesn’t register nearly as much to me as his beaming disposition.

“I go buy some food earlier,” he said. “And then I sit awhile the bus stop.”
“Yeah?”
“Talk to nice beautiful girl.” You have to understand, he’s not a creep. Non-creeps talk to ladies too.
“Oh very nice,”
“Yeah and tell you what. When the 7 come in, me and her get on the bus, I follow her, I carry her stuff, but I left my backpack over there. When I go to I-90 I come back my backpack gone.”
“Ooohh, no!”
“It’s okay. It’s okay.”
“I’m sorry!”
“It’s alright. They say it’s got a price!”
“Yeah, you pay the price. Sometimes it works out, sometimes it doesn’t!”
Tran spoke about how some people think you can get away with things, that if you steal something no one will know, but he no longer finds that to be the case. He was expounding on the philosophy of this further, but I was distracted.

Tran wasn’t hip to what I was referring to. I opened the doors and called out to Rose.

“Rose, did you get a new stroller?”
Diminutively: “no.”
We made a deal, I thought to myself. We agreed on a deal. I’m not going to renege. I need to hold my end of it up. I didn’t give her $20 for absolutely nothing. “You did not get a new stroller. I’m not gonna pick you up.”
“Alright.”
“Alright. I’ll see you again.”
“That’s fine,” she said.

Tran was flabbergasted. He’s been riding my route 7 for years, and years and years. Nathan the ever-friendly bus driver, famous for letting anyone and everyone ride, refusing service?? And not only that, but the passenger being refused acting entirely agreeably about it? What gives? Clearly some ‘splainin’ was in order.

“Why you no pick her up, and she’s not angry?”
“I gave her twenty dollars. To get a new stroller. And she did not get a new stroller! That’s why she’s not angry, is because she knows it’s her fault.”
“So, you give her twenty dollars,”
I gave him the thirty-second episode recap: “yeah because, her stroller is very slow. It’s broken. And I thought, okay. I want to solve this problem for me and all other bus drivers.” And her too, most importantly.
“Right.”
“You know? Just fix it myself. Like, here, go by a new stroller.”
“How you recognize,”
“‘Cause she’s the only one who looks like–”
“No no, the rollers, how you tell,”
“Oh, ’cause they’re broken at the front, the wheels are turned the wrong way, they do not roll.”
“But, it still rolls alright, or she give you hard time…?”
“No, they don’t, and she also she gets very angry. That’s the main thing. The stroller doesn’t roll, it’s slow, then she is very angry, screaming at everyone,”
“For what?”
“I don’t know. Just you know, some people are very angry.”
“Okay. Personality.”
“But I told her, here. I’m giving you money. Go do this!” We laughed. “So, maybe she will get one. I hope so.”

Tran grasped the subtleties, and summed up the situation with perfect succinctness:

“See, she, we… Americans, we love to learn from hard way!”
“Yeeaaahh! So true!! That is the American way! So strange!”
“I learned enough– I mean, never enough, but enough for myself,”
“Yeah. we’re always learning.”
“But I tell you, the more you learning, the more they give you work, the more stupid we are.” He elaborated. “I learn all my life: the only thing, the only thing, we have to face it ourself. We have to take in whatever. If you try to run mill around, you can’t deal with it, you never gon’ get over it.”

And how. Avoiding problems gets us approximately nowhere. We only learn from challenges if we choose to do so, and part of that involves a conscious decision on our part. If we don’t act, we grow stuck and wooden, left behind in the ever-moving flux of the world. Face it ourselves, as he said; no point paraphrasing that golden nugget.

I hope there’s another chapter to this stroller saga. I’ll keep you posted.