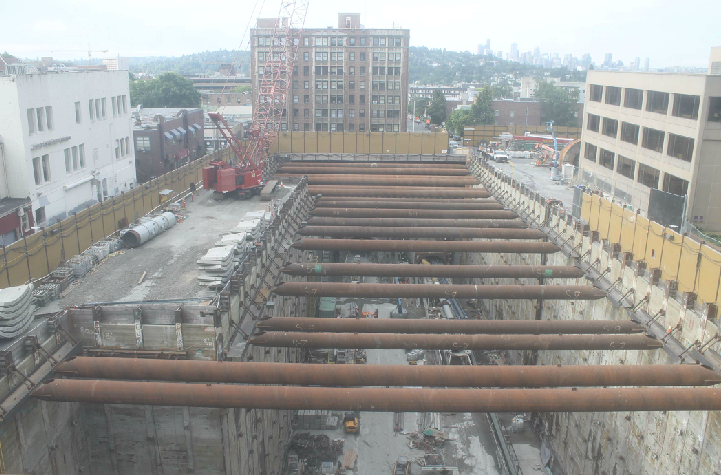 Sound Transit’s contractor, JCM Northlink, quietly began boring the last leg of the Northgate Link extension this week. Their tunnel boring machine (TBM #1) will dig its way from the University District Station to University of Washington Station during the summer, completing the twin bore tunnel segment along the corridor. That means that TBM #1 will have dug four of the six tunnel segments from the Maple Leaf Portal to University of Washington Station, which roughly equates to 4.5 miles of tunneling (the corridor itself is 3.5 miles).

If TBM #1’s last lap is anything to go by, transit enthusiasts can expect approximately 84 days of digging before the TBM reaches University of Washington Station. Or put another way, look toward the week of September 12th for breakthrough (barring any calamities). Sound Transit’s contractor still has a lot of work to do in the tunnels, including construction of cross-passages and fire suppression systems, laying track, installing signals and communications, and stringing power systems.